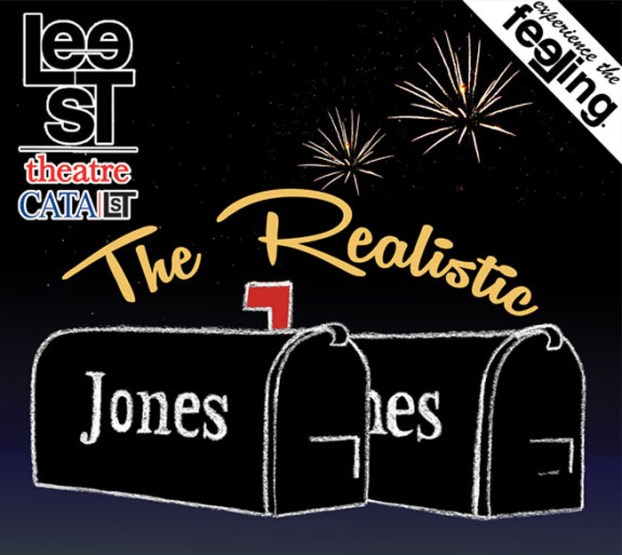 LSt to present The Realistic Joneses

Getting Real with the Joneses

An interview with The Realistic Joneses director
By Caitlin Wade Billings, LSt Marketing Director
Lee Street theatre’s upcoming dark comedy, The Realistic Joneses, includes many new additions that make this production one of the most unique in Lee Street theatre’s history. The show revolves around the laughably mundane lives of two couples that share the last name Jones and how their destinies seem to tangle more rapidly with each passing day. This production will stand out to audiences as it is the first Lee Street theatre’s new Technical Director Rod Oden has built in its entirety and it stars Lee Street theatre’s Artistic Director Craig Kolkebeck. The most notable attribute of this production, however, must be the Catawba College student directing the piece.
Beginning last August, Lee Street theatre and Catawba College installed the CataLST Internship Program into their ever-growing partnership. This has allowed high-achieving students to participate in professional theatre as actors, publicists, researchers, stage managers, and now directors. Peyton Glendinning, Catawba College Theatre Arts senior, is the first student director to take on a full production of this caliber at Lee Street theatre. Navigating this new territory hasn’t been easy so marketing director Caitlin Billings sat down with Peyton Glendinning to discuss her directing process and how her experiences have led her here. As part of its 10th anniversary FirstARTS series, the Stanback Department of Sacred Music of First United Methodist Church had... read more