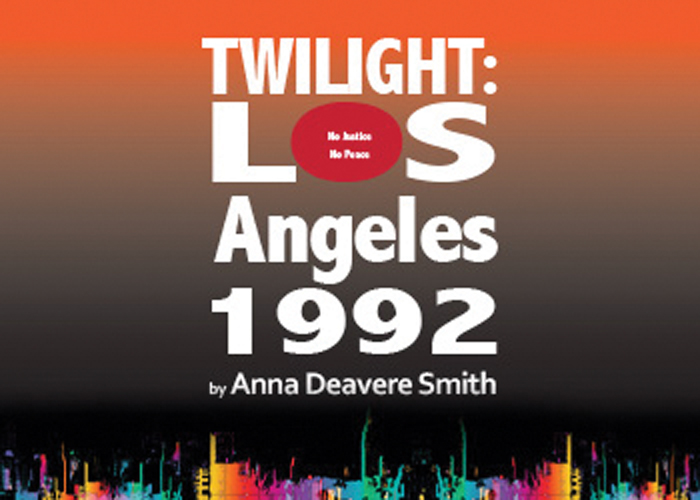 Catawba College Theatre Arts’ upcoming production for the spring season will be “Twilight: Los Angeles, 1992” by Anna Deavere Smith.  The production of this Tony-nominated drama documents the aftermath of the acquittal of the four LAPD officers charged with assaulting Rodney King.  It opens in Hedrick Little Theatre on campus at 7:30 p.m. on Tuesday, Feb. 13, with subsequent evening performances offered Feb. 14-17.

Constructed solely from interview material with both well-known and anonymous “characters” affected by the beating, trial, and verdict, Smith’s play — originally performed as a one-woman show — gives voice to 36 individuals touched by this now infamous event and the historic riots which ensued. Presented by a multi-actor cast, Catawba’s production will capitalize on Smith’s signature documentary style to attempt to provide perspective on and promote continued discussion around issues that still resonate powerfully within the context of current events.

Show director Dr. Beth Homan shared what intrigued her most about the show. “I felt like this was an appropriate piece for a college cast and audience, not only because of the acting challenge it presents to student actors, but because it tries to combat some of the problems I see in our national conversation of late. We have become so silo-ed and tribal in our association, that we have forgotten how to talk — and more importantly to listen — to people that we don’t understand, who are different from us in background and opinion, and with whom we may disagree.”

Cast member Jameson Clanton, a B.A. Theatre Education major from Garner, explained what has been the most challenging part about playing five different characters who are outside of his race and gender. “The most difficult part is figuring out the rhythm of each character. It’s easy to get caught up in the stereotypes surrounding a particular race or gender, but ultimately each character has their own unique rhythm, and finding and establishing that rhythm is a key part to playing each one.”

“My favorite thing about the rehearsal process has been finding similarities in characters who are nothing like me and using those similarities to find honesty within the performance,” said Amy Kimbrough, another cast member from Roxboro who is pursuing a B.F.A. Theatre Arts major with a concentration in performance. “The most challenging part about portraying different races/genders is playing the truth of the individual rather than the stereotype.”

Tickets for “TWILIGHT: LOS ANGELES 1992” are $15 for adults, $10 for senior adults/non-Catawba students, and free for Catawba students, faculty and staff members. Buy these online at  www.catawba.edu/theatretix or for tickets and additional information, call the box office at 704-637-4481 between 2-5 p.m. weekdays. Tickets must be purchased 24 hours in advance of a performance. Theatre-goers are advised that the production includes some strong language and sensitive subject matter.