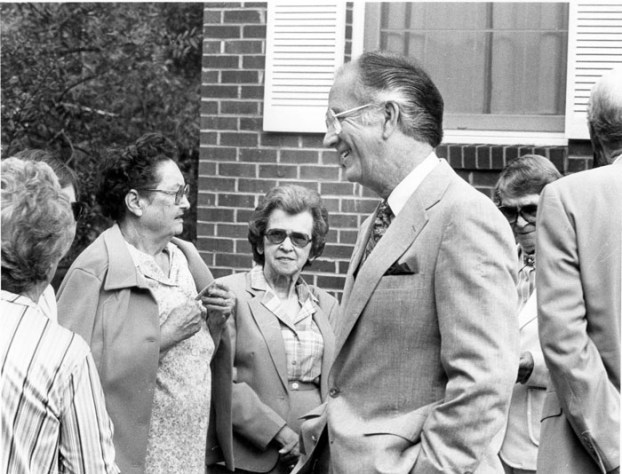 In this photograph from October 1984, U.S. Rep. William G. ‘Bill’ Hefner, D-N.C., talks to his campaign supporters outside the New London Town Hall in Stanly County. At the time, Hefner was seeking his sixth consecutive term in North Carolina’s 8th District of the U.S. House. A former gospel singer and radio station owner in Kannapolis, Hefner narrowly defeated Republican Harris Blake in the November election, which featured a huge landslide victory for Republican President Ronald Reagan and significant GOP gains in the House and Senate. Hefner served the 8th District, which included Rowan County, for 12 terms (1975-99). The VA Medical Center in Salisbury was named for Hefner in 1999. He died 10 years later in Huntsville, Ala.