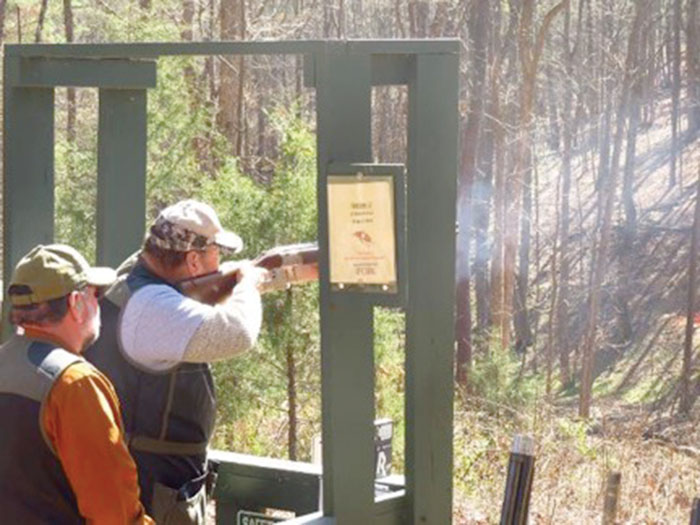 The LandTrust for Central Carolina is sponsoring a sporting clays tournament to raise funds for the trust.

The tournament, held at The Fork Farm and Stables near Norwood, invites participants to come out for a bit of friendly competition while raising money for local conservation.

In addition, the top shooters will have their team name commemorated on the Conservation Classic Cup. “It’s a great way to have a good time and support local conservation,” says Travis Morehead, executive director of The LandTrust.

For the first time, The LandTrust has a separate category and special pricing for active duty military, military veteran teams, law enforcement, and fire/EMS. Early bird registration runs through Feb. 9 and the cost is $400 per team. Multi-level corporate sponsorships are available and a way to highlight support of conservation at a local level.

“Last year’s Conservation Classic was a huge success and the team from Culp Lumber took home the top prize. We are looking forward to another great competition and to raise awareness of The LandTrust’s conservation efforts here in the central Piedmont,” says Michael Fulk, associate director of The LandTrust.

Funds from this event and others throughout the year directly benefit conservation work in the central Piedmont. To learn more, contact The LandTrust at 704-647-0302 or michael@landtrustcnc.org