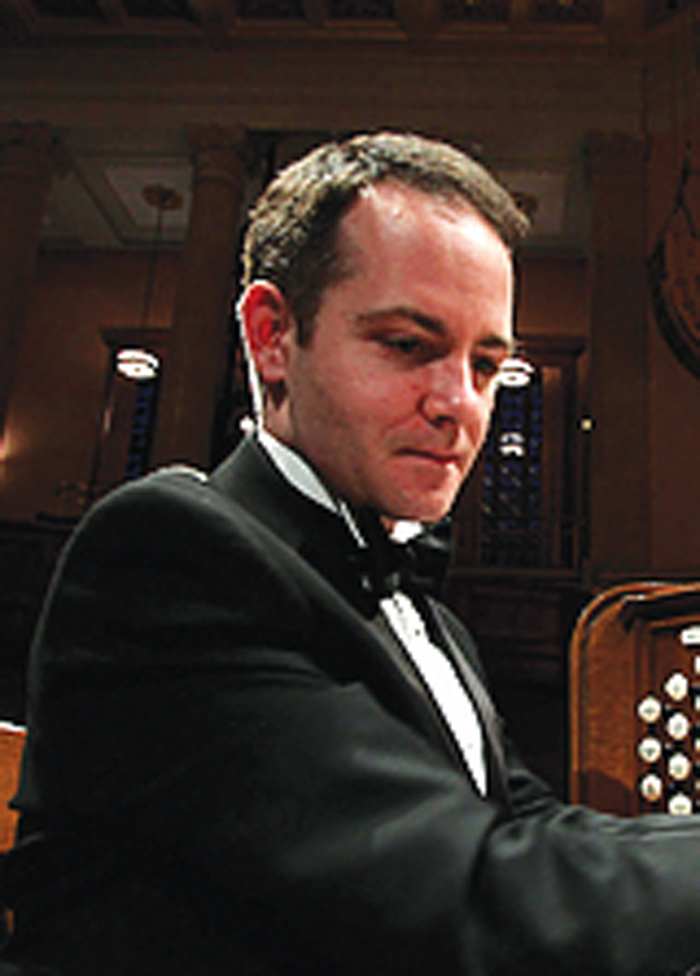 As part of its 10th anniversary FirstARTS series, the Stanback Department of Sacred Music of First United Methodist Church had plans to host concert organist, Colin Lynch, in recital on Friday, Feb. 9, at 7:30 p.m.

Due to a mechanical failure with the church’s boiler system, St. Luke’s Episcopal Church has graciously offered to host this recital.

Lynch is organist and associate director of music at Trinity Church on Copley Square in Boston, Mass.

Hailed as “an impeccable performer with compelling musicality and technical command,” he maintains a busy performance career that has taken him to prominent venues throughout the U.S., Europe, Canada, South Africa, Brazil, and Argentina.

In recent seasons, he has made debuts on Pipedreams on NPR, the Piccolo Spoleto Festival, and at national conventions of the American Guild of Organists and the Association of Anglican Musicians.

In addition to accompanying choirs in several recordings, his critically acclaimed debut solo album “The Organ of Stambaugh Auditorium” is available on the Raven Label.