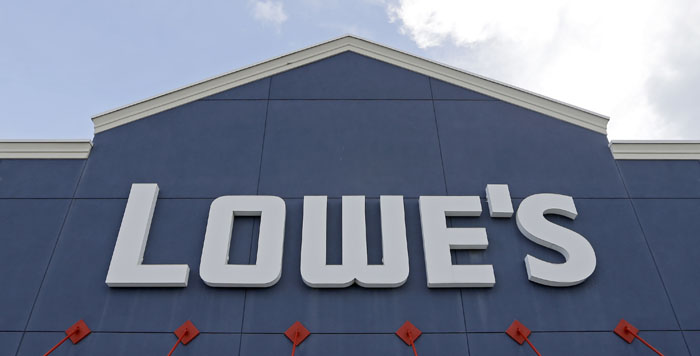 This Wednesday, June 29, 2016, file photo, shows a Lowe's store in Hialeah, Fla. Home improvement chain Lowe’s Cos. says it’s handing out bonuses of up to $1,000 for its more than 260,000 hourly employees, as it becomes the latest major employer to invest in its workers after Congress approved a tax cut that will help businesses. (AP Photo/Alan Diaz, File)

NEW YORK — Home improvement chain Lowe’s Cos. says it will hand out bonuses of as much as $1,000 for its more than 260,000 hourly employees, becoming the latest major employer to invest in its workers after Congress approved a tax cut that will help businesses.

The chain, based in Mooresville, also will sweeten benefits for maternity and parental leave as well as offer adoption assistance for the first time.

The bonuses, which will be given out to both part-time and full-time hourly workers across all its U.S. facilities including distribution centers, will be paid in addition to Lowe’s long-standing, store-level bonus program.

Lowe’s estimates that the tax legislation will result in additional net tax expense of about $75 million in the fourth quarter.

This charge, coupled with the one-time bonus, is expected to hurt fourth-quarter earnings per share by 14 cents. The retailer will provide more details when it reports quarterly results on Feb. 28.

Lowe’s joins a list of other national companies, including Walmart, Walt Disney and Starbucks, that are embracing measures like giving out bonuses, enhancing maternity benefits and raising wages.

Walmart, the nation’s largest private employer, said last month it will increase its starting wage for U.S. hourly employees to $11 and is giving bonuses. The company also said that full-time hourly U.S. employees will be able to get 10 weeks of paid maternity leave and six weeks of paid parental leave.