Jennifer Rubin: After all the memo drama, this is it? 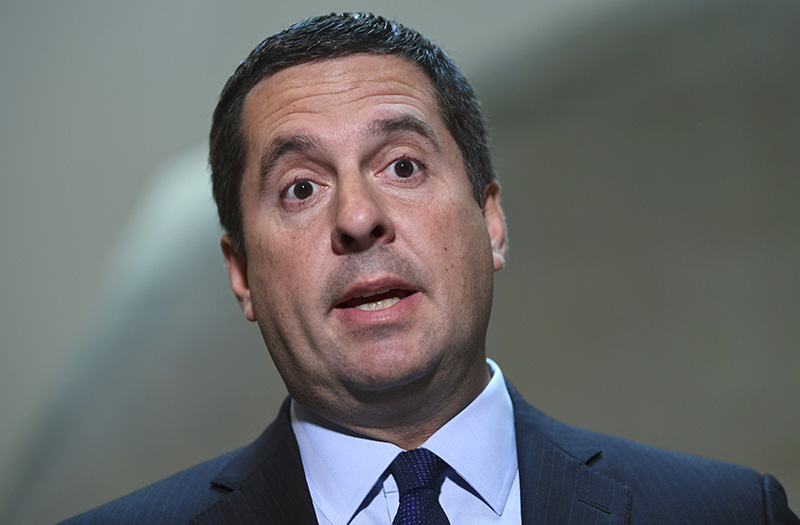 House Intelligence Committee Chairman Devin Nunes, R-Calif., who previously created a short-lived firestorm over a non-scandal about “unmasking” names from surveillance, tried his best to assist President Donald Trump by concocting and Friday releasing a memo that sought to sabotage the investigation into Russian meddling in the 2016 election and Trump’s subsequent efforts to disrupt that investigation.

After a huge buildup, a scant memo of less than four pages makes the sweeping allegation that Christopher Steele’s dossier was the basis for obtaining a warrant from the Foreign Intelligence Surveillance (FISA) Court to conduct surveillance on suspected Russian agent Carter Page. The memo turns out to be decidedly underwhelming and at times baffling.

The memo acknowledges that the FISA warrant was extended multiple times. Nunes finds fault in the application because allegedly the court was not told that Fusion GPS which commissioned Steele at one point was paid by an attorney of Hillary Clinton’s campaign. Without proof, it claims he was hired to find disparaging evidence on Trump (Fusion GPS’s founder disputed this under oath). It claims Steele was an FBI source, an allegation for which we have no support. It claims, again without support, that Steele was fired as a source for leaking some of his findings to the press.

It also asserts that the warrant contained information about George Papadopoulos but there was no evidence of cooperation between the two. A statement released by ranking member Adam Schiff, D-Calif., and other House Intelligence Committee Democrats suggests there is a connection but Nunes chose to leave that out. In any event, the memo proves something that surely does not help Nunes’ conspiracy theory, namely that the FBI was first alerted to possible interference from Papadopoulos, not by the dossier.

As an afterthought, Nunes then throws in reference to text-message exchanges between FBI employees Lisa Page and Peter Strzok. It’s not clear why that matters or what it has to do with the special counsel’s investigation. What is interesting is that an initial application and three extensions were all approved by the FISA court.

We know that other materials included with the dossier to obtain the warrant were left out of Nunes account, and that a point-by-point rebuttal from Democrats has been suppressed. There is plenty else left out of the memo:

• There is no explanation that FISA courts set a high bar for issuance of warrants and generally require multiple pieces of evidence.

• There is no acknowledgment that Steele was a respected former MI6 agent or that some of his findings were confirmed by evidence provided from other sources. (Nunes says they were “minimally” sourced.)

• There is no recognition the intelligence community already had Page on its radar screen as early as 2013.

• There is no indication Steele knew who had funded the dossier (which was begun for a right-leaning publication and later financed by a Democratic associate of Hillary Clinton’s campaign).

• There is no proof Deputy Attorney General Rod J. Rosenstein thought the dossier was unreliable.

• There is no proof anything in the dossier was in fact false.

• There is no proof that special counsel Robert S. Mueller III or FBI Director Christopher A. Wray (whom Trump hired) had anything to do with the application for the warrant or that it affected their work. Both were hired the year after the initial FISA warrant request.

• There is no reason spelled out why Rosenstein, whom Trump later appointed, would have intentionally misled the court.

In short, other than the memo confirming that Nunes and Trump are collectively out to discredit the intelligence community and to thereby impede the investigation into the president’s alleged wrongdoing, I cannot for the life of me figure out what this proves. The media, if forthright, will explain that to Americans who must by this time be very, very confused as to why Nunes and Trump have rejected the advice of top officials who said release of the memo compromises classified information.

This appears to be the second time (the first in the Oval Office with Russian officials) that Trump has handed the Russians classified material. If Trump is not a Russian agent, he surely is acting as effectively as one.