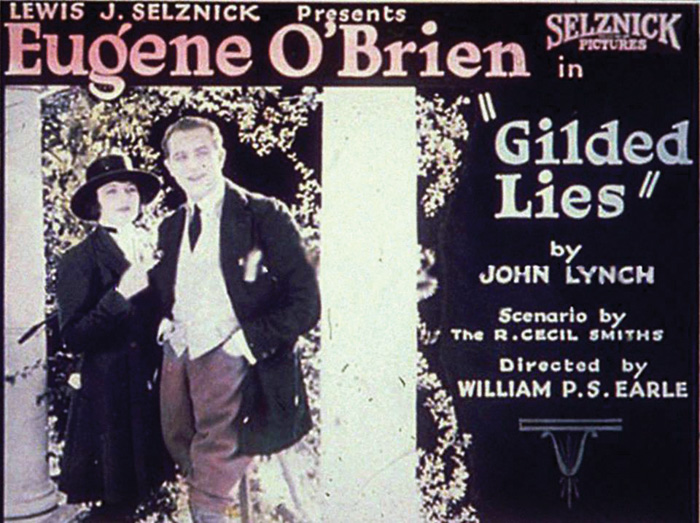 Courtesy of Frank Thompson A poster from the 1921 silent film, 'Gilded Lies," part of which will be played Saturday evening at the Esmeralda Inn in Chimney Rock.

SALISBURY — During his career, composer and jazz musician Marc Hoffman has always put his college degree in film scoring to good use.

But Hoffman takes on a different kind of challenge this weekend when he plays the piano accompaniment to four films from North Carolina’s silent movie period of a century ago.

It’s music improv at its finest.

Saturday evening, Hoffman will play at the Esmeralda Inn in Chimney Rock for a program titled “Bat Cave’s Silent Movie Era,” presented by film historian Frank Thompson. It’s not widely known or remembered, but Bat Cave was a hotbed of sorts in the making of silent movies in North Carolina.

From 1912 into the mid-1920s, according to Thompson, more than 50 silent movies were filmed in isolated Bat Cave, thanks to some of its magnificent backdrops. Film crews for those movies stayed at the Esmeralda Inn.

Thompson will present excerpts of three movies from those Bat Cave days — “Brother Bill” (1913), “The Masked Rider” (1916) and “Gilded Lies” (1921) — and Hoffman will play the piano during each of the showings. Sunday evening at the Grail Moviehouse in Asheville, Hoffman will play accompaniment for the entire showing of the silent movie “Thunder Bolts of Fate,” which was filmed in Asheville in 1918.

So Hoffman has a full weekend.

According to Thompson’s extensive research, nearly 400 movies were produced in North Carolina statewide during the silent-movie era. Thompson is the author of 43 books, including his most recent: “Asheville Movies Volume I: The Silent Era.”

Hoffman said Thompson contacted him at the end of November about possibly putting together a weekend film festival based on the silent movies made in Bat Cave.

After going through the logistics, the weekend became a Saturday night at the Esmeralda Inn, which has offered a package deal of the film program and food discounts to go with a night’s lodging.

Thompson provided Hoffman with a narrative synopsis of each film. He also delivered to Hoffman’s Dropbox copies of the three Saturday movies for him to watch, plus a YouTube link to “Thunder Bolts of Fate.”

From there, it has been up to Hoffman to provide the music for each movie, much like the theater pianists or organists did 100 years ago. Only rarely, Hoffman said, did the movies come to the small-town theaters with a musical score provided.

The theater musicians of the day — people Hoffman has plenty of respect for —  learned to rely on cliched musical phrasings. They would have a certain kind of music to play, for example, whenever the movie heroine was in distress, such as being tied to the railroad tracks.

Good composers did their best trying to tie together original themes for the movies, Hoffman said.

In today’s era, when young pianists try to compose music for silent films, Hoffman said they often fall into the trap of making everything sound humorous. The exaggerated facial expressions have something to do with that.

But Hoffman said the films he is scoring are serious, so his music will reflect that as their stories unfold.

Hoffman has treated the task at hand as he would any musical score. He wrote his own motifs and themes for the movies’ main characters and also developed palettes of sound for different moods.

It was never Hoffman’s intent to compose note-for-note scores. As a jazz pianist, he does improv all the time, and he has now watched these particular movies long enough to know and anticipate what’s coming next.

The scoring for “Brother Bill” was a little more difficult because it’s a Swedish film — none of the on-screen dialogue or narrative relayed on the screen was in English.

Hoffman has devised some charts, chords and words to serve as his guides, but most of it will be improv. He said he might devise a cheat sheet, which will stake out the themes he wants to go with as the movies progress.

“It’s amazing; you have to lose yourself with it,” Hoffman said, but it has proved not as daunting to him because of his experience and jazz background.

Hoffman will be playing about 90 minutes both nights.

“I’m used to playing a lot longer in performances, but not quite with that edge,” Hoffman said. “It’s awfully fun.”

A film crew from public television will be on hand Saturday evening.

Hoffman is a movie buff himself and has naturally paid attention to the musical scores in films. He was aware of some of the movie-making history tied to the N.C. mountains and Bat Cave.

“(But) I didn’t know it was such a center,” he said. “Esmeralda (Inn) is wise to be promoting that history.”

Hoffman has been surprised at the physical quality of the films Thompson will be showing over the weekend. The three movies on Saturday evening are a bit yellowed or jaundiced, but they do not have the grainy quality you might expect.

Hoffman describes the condition of “Gilded Lies” as a clean black-and-white. “There’s something about it that looks more contemporary than the rest,” Hoffman said.

Hoffman received a degree in composition from the N.C. School of the Arts and also studied film composition at the University of Southern California. He performs across the United States and abroad as a soloist and with his trio.

Locally, he is founder and artistic director of the Salisbury School of Music.

Hoffman doesn’t know whether accompanying more silent film programs is in his future, but he thinks there would be an audience in Salisbury and elsewhere.