Leonard Pitts: Sisters doin’ it for us all 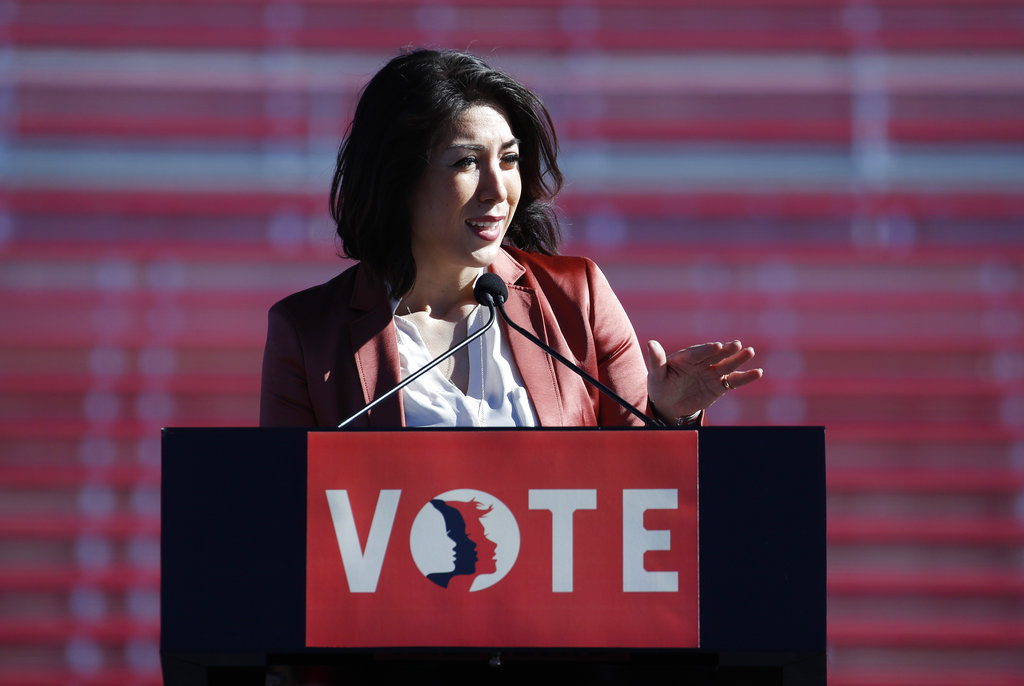 Sisters are doin’ it for themselves.

That, you may remember, was the title of a hit 1985 pop song. But 33 years later, pop has become prophecy.

What other conclusion can one draw from the tsunami of woman power now bearing down on us? As chronicled by the New York Times, CNN, NBC News, Time and others, 2018 has brought a record number of women — over 500 — running for major state and federal offices.

Time reports that almost 80 women are considering gubernatorial runs, twice as many as the next highest year. And The Center for American Women and Politics at Rutgers University tells us 396 women are running for the House, shredding the previous record, set in 2012 when 298 women ran. Though both parties are represented, the overwhelming majority of these upstart candidates are Democrats.

Woman power is also making itself felt behind the scenes. According to Time, veteran female political operatives are forming new support organizations designed to provide novice women candidates assistance with everything from fundraising to childcare.

Seen against the backdrop of our present dire political condition, there is something electrifying about all this. At a time when many of us are seriously pondering the viability of the nation, this burst of feminine political activity functions as a much-needed vote of confidence. One is glad for it.

One also wonders what took them so long.

The observation is made advisedly and with a healthy respect for the dangers of, um, “man-complaining.” Still, the question is unavoidable in an era wherein sexism more blatant than a “Mad Men” marathon has too often been met with a figurative shrug as if to say, “What are you going to do?”

That isn’t to say women don’t speak up. When Rush Limbaugh slimed Sandra Fluke, when then-Rep. Todd Akin seemed to suggest that a vaginal force field protects rape victims from pregnancy, when the rapist Brock Turner was let off with a six-month sentence, when the gender pay gap robbed both secretaries and movie stars, women in positions of authority and visibility certainly cried out.

But the point is, one heard no answering roar from the women’s movement per se, sensed no critical mass of women blending their bodies, voices, time, talents and treasure into a sustained campaign to address such outrages. To one raised on the ERA, Shirley Chisholm and “herstory,” it felt disorienting. It felt … quiet.

But the quiet just got loud. Actually, it began getting loud with last year’s massive post-inaugural demonstrations. Now, women have cranked the volume to 11 and broken off the knob. Impelled by the lout in the White House, the accused child molester who came thisclose to the Senate and the daily drumbeat of powerful men outed for sexual misconduct, they seem to have finally crossed some psychic Rubicon between anger and action.

And why not? It’s absurd that 51 percent of the country has less than 20 percent of the seats in its legislature. Women are thus denied power to act on issues critical to them while the country as a whole is denied their wisdom, experiences and sensibilities.

Apparently, they’ve had enough. Good for them. And for all of us.

At a time when our system feels faded and used, these women offer a timely reminder that a democracy always has the power to regenerate itself. All that is required is the will — and work — of the people. So this wave of woman power is an inspiration larger than gender. One hopes little boys are taking note, every bit as much as little girls.

Sisters are doin’ it for us all.