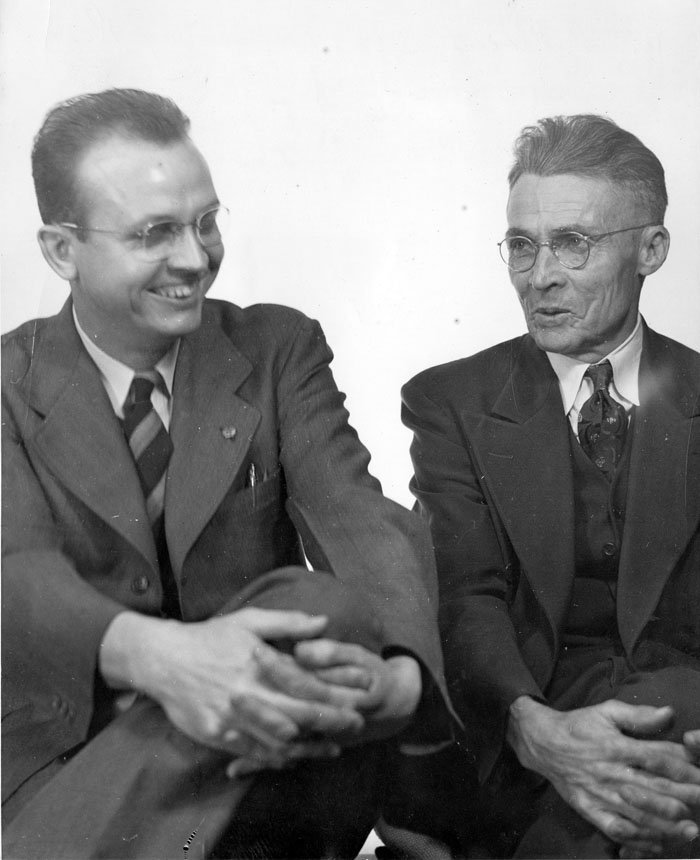 William L. Vincent, left, and Don C. Simmons were the two Rowan Cotton Mills employees chosen the high honor on Jan. 20, 1945, of receiving ‘E’ pins during an Army-Navy E Pennant Award presentation at the textile mill site in Salisbury. They accepted the pins on behalf of 500 employees at the plant, which operated on today’s South Main Street and later would become a Parkdale Mills plant. When Vincent and Simmons were given their pins, all of the employees in the crowd were asked to put their ‘E’ pins on their lapels at the same time. Those pins were passed out earlier. The company also received a prestigious ‘E’ pennant to display at the plant. Many significant, military, government and business leaders attended the award presentation, which was broadcast by WSTP and WBT radio stations. The Army-Navy ‘E’ Award was a World War II honor presented to companies whose production facilities achieved ‘Excellence in Production’ of war equipment. The award also was referred to as the Army-Navy Production Award. It was created to encourage industrial mobilization and production of war-time materials. By war’s end, the award had been earned by only 5 percent of the more than 85,000 companies involved in producing materials for the U.S. military’s war effort.