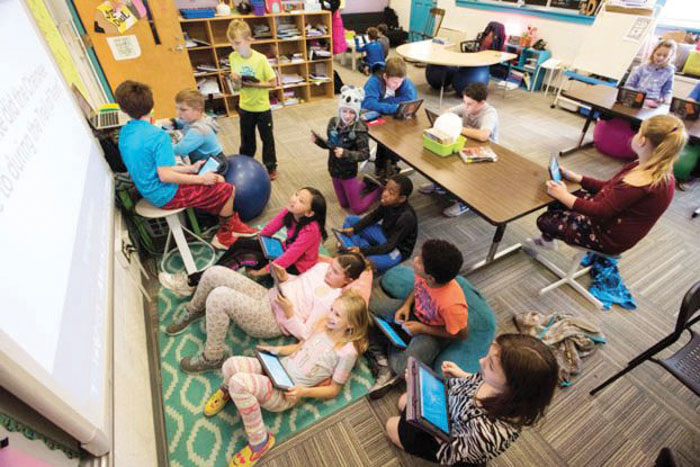 State Sen. John Alexander, R-Wake, is reportedly telling his voters that a fix to the class-size crisis is coming when the legislature gets around to its regular session in March.

We have to hear back from everybody, explained Alexander, whose budget committee will likely have to deal with the mess. They don’t want to rush anything.

A lot of parents, teachers and harried administrators, however, wish our legislators would get off their Honorables and do something right now.

To recap: A few years ago, the General Assembly ordered that class sizes in grades kindergarten through three be reduced. Not a bad idea. But the Honorables provided no funding. That means school districts have to scrimp, save and work it out for themselves, with local money.

In New Hanover County, the school system is going to have to hire as many as 48 new elementary teachers — and come up with classrooms for them. Brunswick is adding 32 teachers, setting up trailers and turning computer labs into classrooms.

Much of this will be accomplished either by increasing county taxes or by robbing Peter to pay Paul. Peter, in this case, would be students in grades four and up. Their class sizes are likely to swell, and word has it that many schools will be losing music, art, physical education and technology teachers.

The legislature needs to fix the mess they made, and since the class-size rules take effect in August, it would be nice if they could muster a bit of urgency.

State House members are apparently ready to act, but senators like Alexander are saying, hey, don’t rush into anything; such decisions need to be carefully considered, right?

Of course, this is the same crowd of Republicans who assembled in a matter of days after the Charlotte City Council passed a nondiscrimination ordinance. In a special one-day session, the General Assembly passed the infamous — and completely unenforceable — HB-2, the “potty police” law.

That, apparently, rose to the level of an urgent problem.

So where are (local legislators) in all this? They usually do as they are told by Senate leader Phil Berger and his enforcers; ignoring needed GenX funding being one of the latest examples.

We wonder how they feel about the Senate’s delay in addressing a problem it helped create?

A mess, by the way, that could have — and should have — been cleaned up months ago.

We urge parents and voters to ask them.

— The StarNews of Wilmington