‘The Woman in the Window’ or ‘The Wife Between Us’? A guide to the best new thrillers 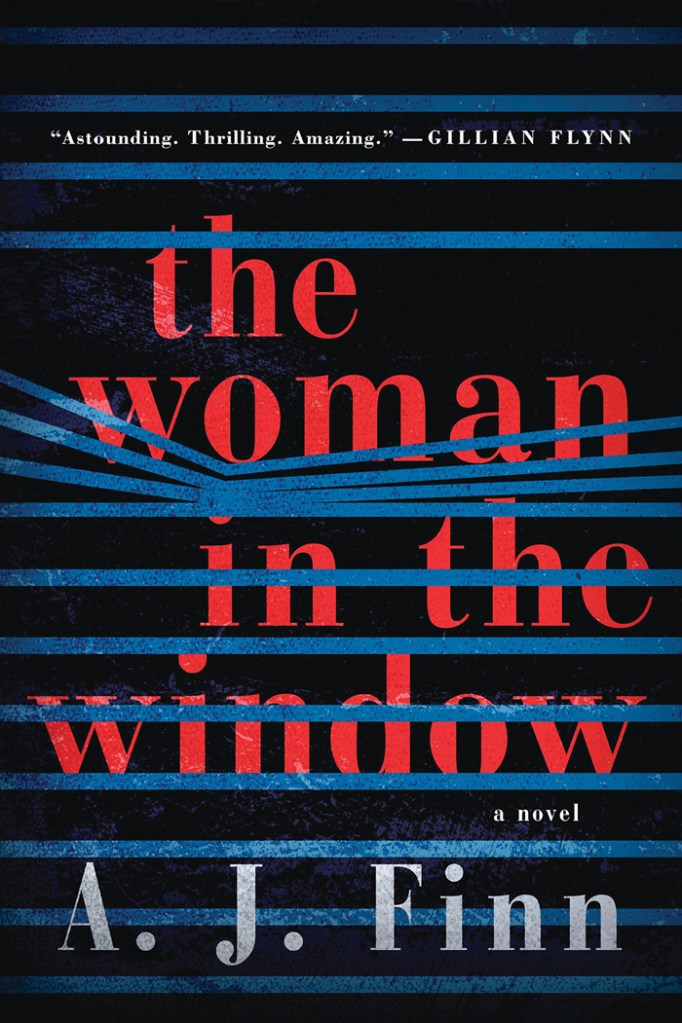 The Woman in the Window

“Gone Girl” is gone, devoured by your book group ages ago. The same goes for “The Girl on the Train,” “The Widow” and “Big Little Lies” — all titles you loved. Or hated. Or at least argued about before diving further into the pinot grigio and pondering your next choice.

But what book to pick now? This year is already turning out to be a terrific one for thrillers and twisty tales of domestic suspense and deceit. To help sort them out, here’s a handy guide for selecting the best one for your group – or just for yourself. And the right drink to go with it.

“The Woman in the Window”

What it’s about: A Brooklyn agoraphobe named Anna Fox spots a new family across the way, but as she gets to know them, she finds out they aren’t at all what they seem to be, or even who they seem to be. Is it her expertise as a therapist talking, or the large amounts of red wine she consumes? To find out, Anna may have to leave the house.

For your group if: You loved “The Girl on the Train” and want a classic whodunit.

Not for your group if: Alcoholism upsets you.

“The Wife Between Us”

What it’s about: Vanessa, recently divorced from Richard, learns he is engaged again and envies the new woman, Nellie. Richard, a hedge-fund manager, may be deceiving one or both women — even others. Pekkanen and Hendricks keep the suspense dial at excruciating. If the plot’s not wholly new, the storytelling definitely is.

For your group if: You’re ready for a complete roller coaster-ride of a novel.

Not for your group if: You dislike the atmosphere of upper-class New York City.

What it’s about: When Myriam returns to work after having a baby, she hires a nanny named Louise who seems ideal; she’s punctual, polite, almost prim. Like the book’s first sentence, however, Louise’s appearance is deceiving. Slimani ratchets up the tension here through close quarters, resentment and complicity. The book, which won France’s prestigious Prix Goncourt, is chilling and an important look at the unseen challenges faced by service workers.

For your group if: You appreciate a European perspective on race, class and motherhood.

Not for your group if: Stories of child death upset you.

What it’s about: As children, Eddie and his friends would send each other messages through a secret code of chalk-drawn men. One of those chalk men wound up leading them to a dismembered body. Thirty years later, someone has sent the adult Eddie a note with a chalk-man drawing, and he realizes someone is afraid Eddie knows too much. The worst part is he doesn’t, but will soon.

For your group if: Your favorite TV series is “Shetland.”

Not for your group if: You hated “The Woman in the Water.”

What it’s about: Vivian Miller has a sweet job on the CIA Russian desk as an analyst, although she’d really rather stay home with her family of four children and loving husband, Matt. But then Vivian discovers a terrible secret about Matt, and the job he’s urged her to keep takes on new importance. Vivian finds it hard to know whom to trust as the family’s seemingly idyllic life is threatened by a cascade of secrets and other threats.

For your group if: You love D.C.-centric stories, especially those with spies.

Not for your group if: You’re bored by “The Americans.”

What it’s about: Angela’s marriage to brilliant economics professor Jason is perfect. Unfortunately, as his career takes flight, women begin to hurl accusations of sexual misconduct his way. Angela tries to stand by her man, but when one of Jason’s accusers, a woman named Kerry Lynch, disappears, she’s forced to reconsider her loyalty.

For your group if: You like your #MeToo meme as a fast-paced narrative.

Not for your group if: You can’t live with a little ambiguity at the end.