Dr. Gary Chapman speaks at Chamber breakfast: ‘All you need is love’ 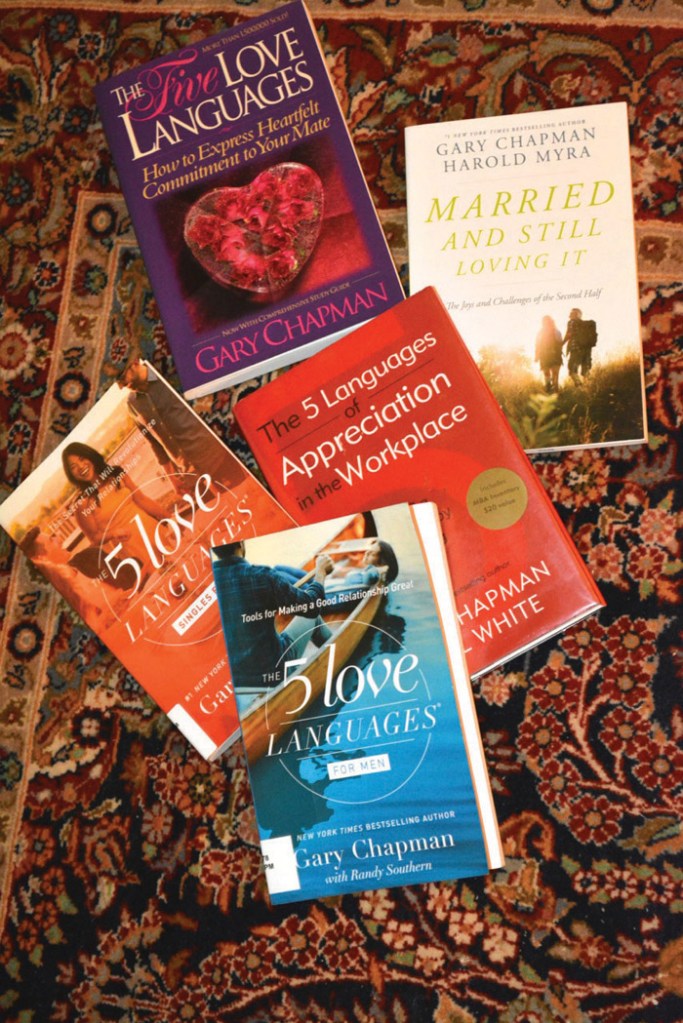 Dr. Gary Chapman is the author of ‘The Five Love Languages.’ He spoke on ‘The 5 Languages of Appreciation in the Workplace’ at the December Power in Partnership breakfast.

Some 56 years ago, Dr. Gary Chapman was newly married, and a student at Southwestern Baptist Seminary. He should have been on top of the world. Instead, he and his wife, Karolyn, were struggling.

“This is not good,” Chapman thought to himself. “I can’t be this miserable at home and preach hope.”

So he prayed, and an image came to mind of Jesus on his knees, washing the disciples’ feet. Christ was a servant leader, an attitude Chapman realized he did not have.

He prayed for an attitude of serving his wife. Each day, he began to ask her, “How can I help you? How can I make your life easier? How can I be a better husband?”

“She gave me answers,” Chapman says. “After three months, she started asking me questions. Since then, we have both have had that attitude. Two people with an attitude of serving one another will make a successful marriage.”

Out of that early experience grew a desire to help others in their marriages. In 1992, Chapman wrote “The Five Love Languages,” which has gone on to sell 11 million copies in more than 50 languages.

Chapman, who’s gone on to author and co-author a number of books, was the featured speaker at December’s Chamber breakfast. He discussed his 2011 book, “The 5 Languages of Appreciation in the Workplace.” (see sidebar)

Chapman says his concept behind the five love languages is a simple one — the hard part is incorporating these languages into your life and relationships.

“I’ve given you information,” Chapman notes, “but I can’t give you motivation. You have to make a choice — am I going to love my spouse in her language or not?”

One couple he worked with found the wife’s primary love language to be acts of service — vacuuming, washing dishes, etc.

The husband’s response? “Forget it.”

Chapman told him, “That’s your choice. But I have a wife whose main love language is acts of service, and I vacuum and wash dishes, and I have a happy wife.”

For the record, Chapman’s primary love language, he says, is words of affirmation.

Chapman says that people by nature are self-centered, with basic needs such as food, sleep and exercise. It’s when self-centeredness becomes selfishness that issues arise.

“Love is the opposite of selfishness,” Chapman says.

After being told for years that people who read “The Five Love Languages” were incorporating those practices in the workplace, Chapman teamed with Dr. Paul White to write “The 5 Languages of Appreciation in the Workplace.”

After leading a pilot project for two years in various workplaces, Chapman and White shared their findings in the book.

“Appreciation has to be individualized,” Chapman says. “When you express appreciation in a way that’s satisfying to an individual employee and follow up, this really does work. It can start with any work group.”

Given the recent attention to sexual harassment in the workplace, Chapman notes that physical touch plays a small role in workplace appreciation. It is not valued by employees, and therefore was omitted from the workplace survey Chapman and White conducted. Having said that, Chapman says that fist bumps, high fives and handshakes are still appropriate to express appreciation for a job well done.

Chapman has used the five love languages in several other books — and was especially successful with the military edition. You’d think physical touch would be impossible when a spouse is deployed. Not so, thanks to creativity of military couples. One couple exchanged outlines of their hands, and put their own hands on the outline at the same time to express shared affection. Another spouse left a jacket for his wife to put on when he was gone — anytime she needed a hug from him.

Chapman’s most recent collaboration is “Keeping Love Alive as Memories Fade: The 5 Love Languages and the Alzheimer’s Journey,” published in October 2016.

For this title, Chapman partnered with Deborah Barr and Dr. Edward Shaw, whose wife at age 53 was diagnosed with early onset Alzheimer’s. Shaw resigned his position as head of radiology and oncology at Baptist to start a memory counseling program.

As a loved one’s journey with memory loss continues, the love languages can be used to reach out and connect with them emotionally.

“Even after cognitive ability is gone, the emotional center of the brain is still alive,” Chapman says. “Patients can still feel love. As a caregiver, you have to live in the moment. You can get a response. And a caregiver still needs love, so we’re trying to help the caregiver, too.”

As a tie-in, Barr has developed “Grace for the Unexpected Journey,” a 60-day devotional for caregivers of Alzheimer’s patients and others with dementia.

Chapman has submitted a manuscript for fall publication written for young men ages 11-16. For “Wise Decisions Every Young Man Should Make,” Chapman worked with Clarence Shuler, a longtime friend from Winston in the African-American community.

He’s also at work on a manuscript about the five love languages for people who have lost a child, and for those with special needs.

“It’s just a part of my life,” Chapman says of his writing. “I never dreamed of being an author. The writing is an overflow of my counseling ministry.”

When he’s not writing, Chapman enjoys walking. In the spring and summer, he cuts kudzu from a big wooded area behind his house several days a week.

He travels frequently, conducting seminars on the five love languages. Karolyn often goes with him. On Jan. 6, Chapman led a marriage cruise in the Western Caribbean.

Chapman turned 80 on Jan. 10, and his daughter, who lives in Greensville, S.C., with her husband and two children, gave him a book about the joys of turning 80. He and Karolyn also have a son who lives in Austin.

Chapman grew up near Johnson’s Superette, which was located on South Main Street in Landis near the intersection of Mount Moriah Church Road, and his family always had a garden. His parents worked in Cannon Mills, his father on third shift and his mother on first. The Chapmans were active members at Landis Baptist Church, and Chapman caught the bus each morning to Landis High School — what’s now the elementary school — on Mount Moriah Church Road.

Chapman still counsels couples — it helps him stay in touch with reality, he says — and continues his work on the church staff at Calvary.