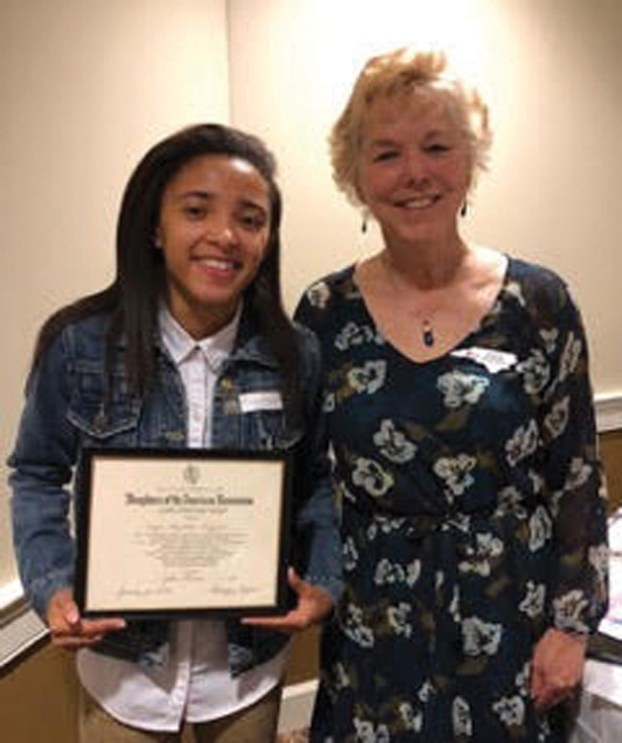 The John Knox Chapter of the Daughters of the American Revolution of Mount Ulla presented the DAR Good Citizenship Award this year to Taylor Elizabeth Wiggins. Taylor is the daughter of Morris Wiggins and the late Marcy Hester-Wiggins. She is a senior at Carson High School, excelling in academics, basketball and track. Taylor and her aunt Kelly Hester were honored at a luncheon at Trinity Oaks hosted by the DAR chapter and member Roselyn Misenheimer, a resident at Trinity Oaks.

Taylor read her essay “Our American heritage and our responsibility for preserving it.” Taylor plans to attend Wake Forest University and major in molecular biology.

Madeline Ann Labovitz, of Salisbury, was named to the fall 2017 Dean’s List for Wofford College.

Cameron Butler, of Cleveland, and Jillian Parnigoni, of Kannapolis, were named to the Dean’s List for the fall semester at Coastal Carolina University.

Anna Chamberlain of Salisbury has been named to the Dean’s List at Roanoke College for the fall 2017 semester.

To be placed on the Dean’s List of Distinguished Students, a student must have achieved a minimum 3.5 semester and cumulative grade point average on a 4.0 scale.