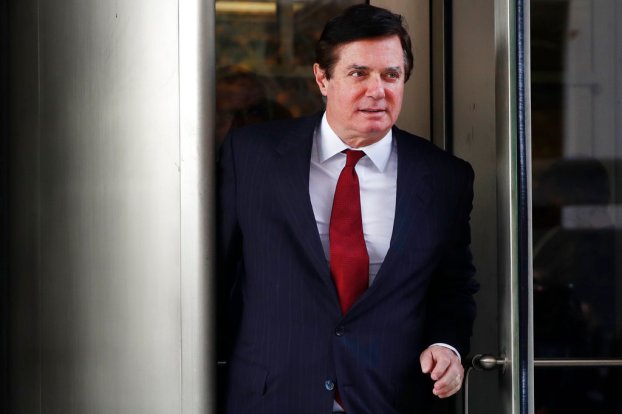 It’s not a popular thing to defend Paul Manafort, the international influence peddler who ran Donald Trump’s presidential campaign for a short time in 2016. Just search for “Manafort” and, say, “sleazeball,” and see what comes up. But even bad guys have a case sometimes. And Manafort has a case in his lawsuit against Trump-Russia special counsel Robert Mueller.

Mueller sent Manafort a strong message last July, when FBI agents working for Mueller, guns drawn, broke into Manafort’s house in the pre-dawn hours while Manafort and his wife slept inside. Mueller sent another message last October, when he indicted Manafort on eight counts (out of a total of 12) that targeted allegedly criminal acts that ended in 2014 or 2015, before Manafort’s participation in the Trump campaign. None of the counts concerned alleged collusion during the 2016 campaign between Trump or his associates and Russia.

Now, Manafort has pushed back with a lawsuit against Mueller. Manafort argues that the Justice Department gave Mueller overbroad powers, and that, as a result, the investigation of Manafort, and the resulting indictment, has ventured “beyond the scope of (Mueller’s) authority” granted to him by deputy attorney general Rod Rosenstein.

Some legal analysts have characterized Manafort’s lawsuit as frivolous. If Manafort were really serious, they say, he would have filed a motion with the court that will try the case against him. Or he would have made a different legal argument.

This is not to argue with that legal thinking. But everything in the Trump-Russia affair operates on two levels, the legal level and the political level. And on the political setting, Manafort has made a strong case that he is being treated unfairly.

Rosenstein authorized Mueller to investigate three things. First was “any links and/or coordination between the Russian government and individuals associated with the campaign of President Donald Trump.”

Second was “any matters that arose or may arise directly from the investigation.”

Third was crimes like perjury or obstruction of justice that occurred “in the course of, and with intent to interfere with, the Special Counsel’s investigation.”

Manafort’s objection is to the second part of Mueller’s charge, “any matters that arose or may arise directly from the investigation.” Manafort’s argument is that virtually invited Mueller to venture far afield from the Trump-Russia topic — and violated those Justice Department regulations guiding special counsels.

The regulations specify that the special counsel “will be provided with a specific factual statement of the matter to be investigated.” That’s what Rosenstein did when assigning Mueller to probe alleged coordination between Trump and Russia. Manafort does not object. But the regulations go on to say that if the special counsel feels the need to go beyond his original charge, he “shall consult with the Attorney General,” who will decide whether that request should be granted.

Manafort argues that some of the charges against him — for example, that he failed to file reports on his interest in foreign bank accounts in 2011, 2012, 2013 and 2014, as well as that he failed to register as a foreign agent between 2008 and 2014 — not only have nothing to do with the Trump-Russia affair but allegedly began and ended before Manafort’s association with the Trump campaign. They clearly do not fall under the first part of Mueller’s charge.

If Mueller wanted to pursue those matters, Manafort argues, Justice Department regulations require that he “consult with the attorney general” (or in this case, the deputy attorney general), to get permission to broaden the scope of his investigation. But Mueller did not have to do that because Rosenstein had already given him an overly broad appointment by granting him the authority to pursue “any matters that arose or may arise directly from” that investigation.

“That exceeds the scope of Mr. Rosenstein’s authority to appoint special counsel as well as specific restrictions on the scope of such appointments,” Manafort’s suit argues. “Indeed, the Appointment Order in effect purports to grant Mr. Mueller carte blanche to investigate and pursue criminal charges in connection with anything he stumbles across while investigating, no matter how remote from the specific matter identified as the subject of the Appointment Order.”

There is plenty of legal arcana in the suit, and many legal objections to be made to it. And Mueller and Rosenstein could moot the whole thing by explicitly expanding Mueller’s authority to include specific activities that have no connection to the Trump-Russia affair. But as a political case, Manafort makes a strong point: Mueller is prosecuting people (Manafort and associate Rick Gates) for alleged crimes that have nothing to do with Donald Trump, Russia and the 2016 election. That political argument may be heard more and more as the Mueller investigation goes on.