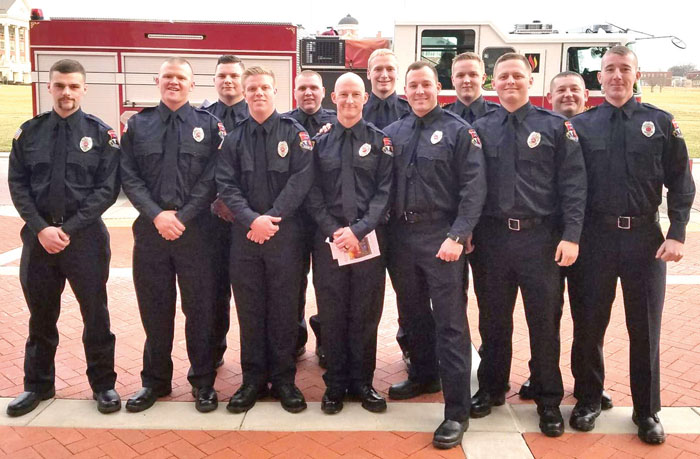 KANNAPOLIS — The Kannapolis Fire Department has welcomed 12 new firefighters to its ranks.

A badge pinning ceremony was conducted at Kannapolis City Hall on Jan 16. Family members pinned the badges on for the first time, signifying the transition from recruit to firefighter.

At the close of the ceremony, the recruits were administered the firefighter’s oath by Mayor Darrell Hinnant.

Class President Adam Stallings challenged the group to continue in the discipline, structure and hard work that was instilled in them during training.

The new firefighters have been assigned to shift positions at various fire stations.