How to get rid of government shutdowns for good 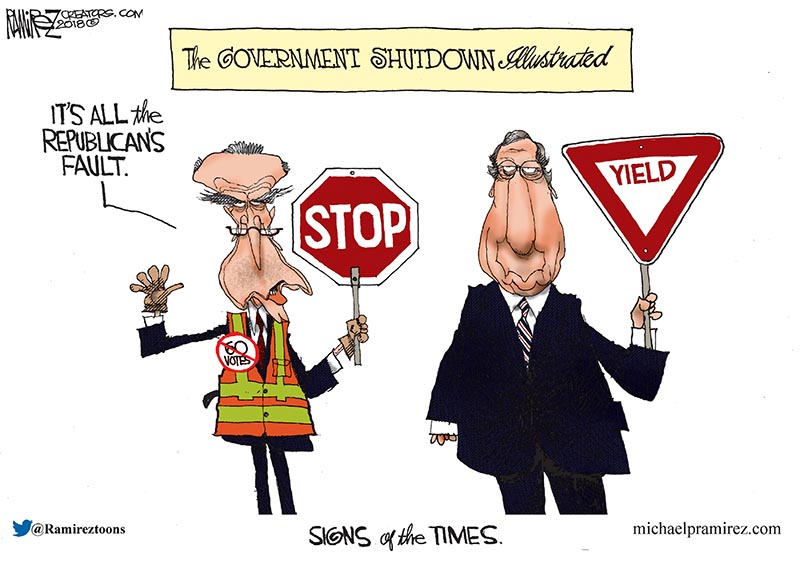 The U.S. has had four partial shutdowns of the federal government in the last 25 years. Each time, we debate who’s responsible: which party is the formal cause of it, which is being less reasonable in budget negotiations. Maybe it’s time instead to debate doing away with the possibility of shutdowns.

There’s no law of nature that requires the federal government to run at partial capacity when Congress and the president can’t agree on a budget bill. Long ago Congress could have passed, and a president could have signed, a law stipulating how the government would operate in case of such a disagreement.

Sen. Rob Portman, R-Ohio, has tried for years to enact such a law. During the last shutdown, in 2013, he got a floor vote on an amendment for an “automatic continuing resolution.” If no appropriations bill were signed into law, the affected programs would keep running at their existing spending levels for the next 120 days. If no bill had passed by then, spending would be cut by 1 percent. Another 1 percent cut would be made every 90 days after that.

The amendment was defeated on a nearly party-line vote, with Portman’s fellow Republicans supportive and the Democrats opposed. Senator Barbara Mikulski, the Maryland Democrat who at the time ran the Appropriations Committee, made two main arguments against the idea.

The real solution to shutdowns, according to the former senator, was not to change the budget rules but to agree on time to appropriations bills. She added that Portman’s idea was not just unnecessary but dangerous. It would be “draconian” to let those 1 percent cuts compound.

The first argument does not make sense on its own: The amendment concerned what should happen in case of a failure to agree on time. But it makes more sense in light of the second argument. Put the two together, and you can see how the amendment would shift fiscal politics in a Republican direction.

If it were in place, the most conservative Republicans would have an incentive to keep appropriations bills from passing on time so that they could see the automatic cuts happen.

That’s an argument for tweaking Portman’s idea. Congress could set a different default rule for what happens when there’s no agreement on budget bills. Maybe it’s one that keeps spending flat, or keeps it growing at the average pace of the previous few years. The point would be to avoid shutdowns. The threat of shutdowns has not proven an effective way to force timely political agreements over the budget.

Shutdowns aren’t even effective in getting Congress to enact reforms — be they the abolition of Obamacare that Republicans sought in 2013 or the amnesty for illegal immigrants brought here as minors that Democrats want now.

Shutdowns serve no good purpose. So let’s finish the current round of fighting and then resolve to get rid of them.

Ponnuru is a Bloomberg View columnist. He is a senior editor at National Review, visiting fellow at the American Enterprise Institute and contributor to CBS News.