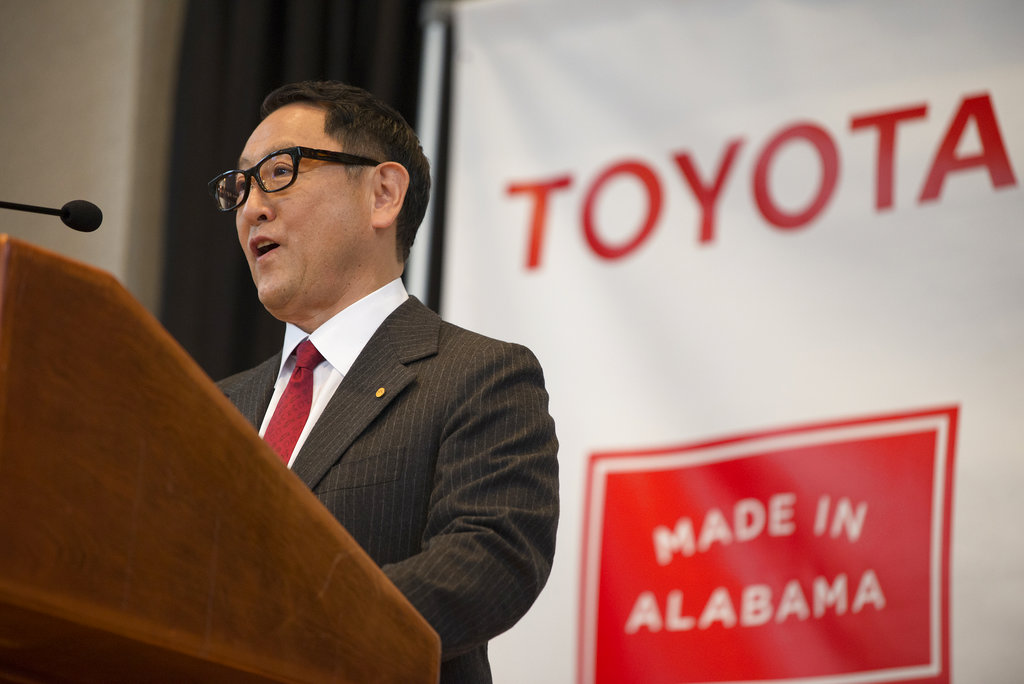 RALEIGH — North Carolina came up short again this month in its long-running quest to lure an automaker, but state leaders now have another economic development whale to hunt: Amazon has Raleigh on its list of 20 finalists for a new headquarters.

With thousands of jobs at stake, lots of states are chasing the same whales, whether they’re major manufacturers or big tech companies. And when everyone’s fishing in the same waters, finding the perfect bait is essential — so it’s no wonder the incentives packages keep getting bigger.

North Carolina ponied up $1.5 billion in incentives for the new Toyota-Mazda plant, one of the biggest incentives packages ever offered here. Gov. Roy Cooper didn’t have the tools to make that offer on his own, so his administration quietly engaged in a bit of rare bipartisan cooperation — they persuaded Republican legislative leaders to support the effort, and the House and Senate were ready to pass new legislation at a moment’s notice if the carmaker said yes.

The amount was eye-catching because Toyota-Mazda’s investment in the new plant was pegged at $1.6 billion. It was almost as if North Carolina was offering to subsidize the entire cost of the facility. But it still wasn’t enough to win — Alabama got the plant with only $380 million in incentives, apparently because the needed supply chain is already in place there. Our struggle to land an automaker is harder because we don’t yet have one here already.

We don’t yet know how much North Carolina will offer Amazon as the company considers Raleigh for its second headquarters, because the state has declined to release records related to the process. Cooper said recently that the package will be “competitive” but it “won’t be the greatest compared to some of the other states.”

Given the hype surrounding Amazon’s decision, I wouldn’t be surprised if some states offer to pass a law requiring their residents to make all their purchases through Amazon. North Carolina is probably not that desperate, but the Toyota-Mazda incentives package shows both Republicans and Democrats will gladly cough up a ton of money to land thousands of jobs.

Incentives were once more controversial here. Back in 2014, then-Gov. Pat McCrory struggled to persuade his fellow Republicans in the legislature to expand funding for the state’s primary incentives program, known as JDIG. McCrory argued that the program essentially paid for itself because companies are paid back a percentage of the income tax revenue the new jobs generate — revenue that wouldn’t exist if the company chose another state.

Legislators eventually came around, and when last year’s budget included a provision that offered more generous incentives for major manufacturers, it passed without much debate.

Incentives fever, however, has put Republicans at odds with the state’s biggest conservative advocacy groups, Americans For Prosperity and the Civitas Institute. The groups receive funding from well-known conservative mega-donors like Art Pope and the Koch brothers.

“If the Cooper administration wants to create jobs, then state government should continue to widen the tax base by eliminating incentive programs and cut overall tax rates instead of bribing companies to move to the Tar Heel State,” Civitas president Donald Bryson wrote in response to the latest Amazon news.

So far, that view isn’t swaying Republican politicians. Incentives are a hard drug to quit — even for folks who like to argue that low taxes are the best way to stimulate jobs. Every politician’s favorite event is one in which they can cut a ribbon and take credit for new jobs.

And because nearly every state has similar programs, eliminating incentives would mean giving up potential jobs. Toyota-Mazda’s decision to pick the smaller incentives package shows it’s not the only factor in corporate expansions, but it’s still a big factor.

Just ask North Carolina’s film industry. The legislature gutted the film incentives program a few years ago, and much of the industry has relocated to incentive-rich Georgia. Opponents of the program made a strong argument that it favored one industry over others. But tell that to the movie set designer who bought a house in Wilmington only to find his job prospects suddenly disappear.

Love them or hate them, jobs incentives are here to stay. It’s just a matter of how big they get, and if state leaders follow through to make sure the promised jobs actually materialize.