Riverkeeper Will Scott: Clearing the water of High Rock 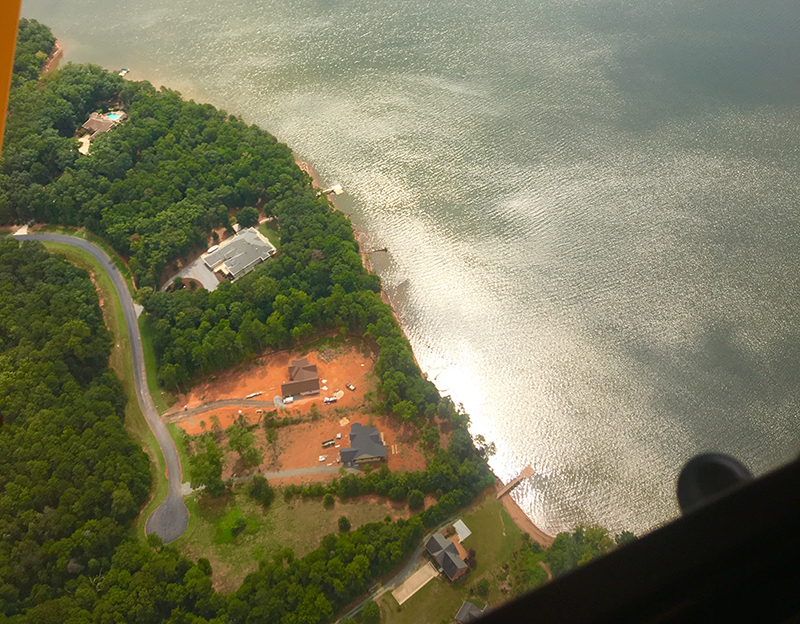 Algae can be seen from above near the Davidson County shore of High Rock Lake, according to Will Scott, Yadkin Riverkeeper.

High Rock Lake is many different things to many different people. For fishermen, it is one of the best largemouth bass destinations in the Piedmont, for lakeside homeowners, a refuge from the bustle of more heavily developed reservoirs like Lake Norman. For many Rowan County residents, it is a place to relax with family, whether fishing, swimming or just boating on a pretty day.

From a Riverkeeper perspective, High Rock Lake is the most heavily used part of the Yadkin River. You might say that more people know and care about High Rock than any other part of the Yadkin. So it makes good sense for Rowan County to form a committee to promote, improve and protect the lake. But any investment in High Rock has to start with the water in the lake itself. Without clean water, no amount of shoreline improvements will make High Rock the vacation and recreation destination it should be.

Almost everything that goes into the Yadkin River ends up in High Rock Lake. In 2016, the Yadkin River had the highest average levels of nitrogen, phosphorus and sediment of any major river in North Carolina. That means High Rock is the best-fertilized lake in the state. As any farmer or gardener will tell you, nitrogen and phosphorus are what make grass grow. In the river, they grow algae — approximately 500 pounds wet weight of algae and other aquatic weeds for every pound of phosphorus. For High Rock, that’s over a million pounds of phosphorus coming down the river from municipal and agriculture sources every year. For those keeping score at home, that’s enough to grow over 600 million pounds’ worth of algae and other aquatic plants in High Rock. Every year.

That’s why High Rock has high summertime levels of algae, which you can see if you fly a plane over High Rock any time from June-September. We’re lucky that the particular algae species in High Rock tend not to form into unsightly floating mats on the surface that might scare off boaters and swimmers. But the science is clear — as algae goes up in High Rock, so do levels of “blue green” algae that can be toxic to fish and humans. If we continue to allow the present levels, we’re choosing to accept those risks.

State data from last summer showed that algae levels in High Rock were consistently above state standards as long as the water was low and the weather was hot , continuing a trend that’s been observed since the 1970s. Fish kills on the Yadkin lakes aren’t just a part of the past; last summer, almost 2,000 fish were killed on Badin Lake after a slug of low-oxygen water was released from Tuckertown Lake. Where did that oxygen-free water come from? High Rock, which serves as the water supply for Tuckertown, Badin and Tillery. Next year, there’s no reason a fish kill couldn’t happen on High Rock if we experience the same hot, dry conditions.

If High Rock is truly to be an recreation-based economic driver, shouldn’t we do everything we can to protect water quality and to avoid negative stories about fish disease, fish kills or algae blooms?

The state of North Carolina is investigating the problem of high algae levels in High Rock but is limited by a lack of data on how people using the lake actually see it. As the Post’s reporting earlier this month stated, the Scientific Advisory Committee has not determined that fishing, boating and swimming aren’t impacted by high algae levels. The group simply noted that there was not sufficient data to determine how those activities might be impacted. Until we ask, we can’t really know.

The end result of the state’s deliberations will be a strategy to limit the amount of nitrogen and phosphorus that they dump into the Yadkin. We already know how to efficiently remove excess nutrients from our municipal sources, so the real challenge is finding a way to reduce inputs from agriculture, the other single largest source of nutrients loading into the Yadkin. No one has more to gain from addressing this issue than Rowan County residents, whose lake is being polluted by lack of investment in wastewater treatment and agriculture practices upstream.

That’s why Yadkin Riverkeeper will be releasing a plan later in 2018 that outlines how stakeholders throughout the watershed can collaborate, voluntarily, to clean High Rock up. At the same time, we’ll be stepping up water, air and fish monitoring next summer and sharing our results with the public.

Instead of waiting for a solution to come down from Raleigh, we here in the Yadkin watershed have the chance to determine how best to protect our own lake. Let’s take it.