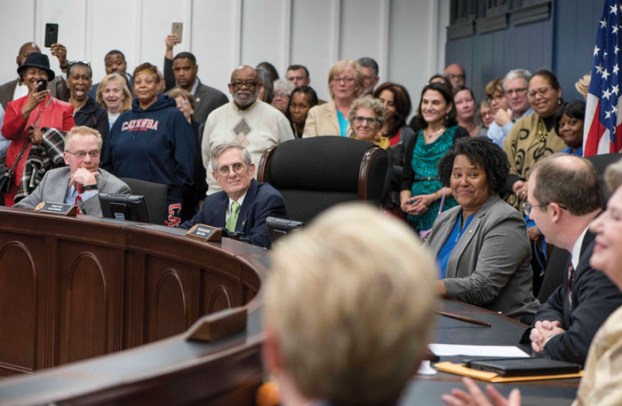 Council Member Brian Miller is clearly struggling with the idea of throwing out Salisbury City Council procedures and starting all over again. He needs to lighten up and accept the fact that change is afoot. The challenge will be determining where it’s needed most.

New Mayor Al Heggins is more interested in expanding citizen participation in every phase of city government than in following the council’s traditional — one might say proven — procedures. This new mode could be time-consuming and unstructured, but Heggins feels she has a mandate for it. Newly elected member Tamara Sheffield appears to be of the same mind, and Mayor Pro Tem David Post, having served one term, is somewhere between traditionalist and change agent.

So, with council member Karen Alexander absent, Miller was a lone, persistent voice for two things at last Tuesday’s council meeting: sticking with standard operating procedure and asserting that the public has plenty of opportunity to take part already. Phrases like “with all due respect” and “not trying to be argumentative” signaled Miller’s frustration. After several minutes of back and forth, this council could not even agree how to appoint a committee to look at how the council and mayor are elected.

Miller resisted the idea of including citizens in the committee, saying the council had always appointed committees comprised only of council members, who then invited comment from the public. The mayor did not embrace that approach. When Miller made it known that he would have “no dog in the fight” because he did not plan to seek another term, it appeared to be more a sign of anger than full disclosure.

Another point of contention was the council’s upcoming annual retreat. Heggins wants to include four hours of roundtable discussion with citizens sharing what they want of the council. As she pointed out, she has a background in facilitating such discussions. This retreat will not be the customary, fast-paced session, with staff and visiting experts presenting information. Heggins is new to City Council, and she is determined to create new ways to govern.

She may eventually come to appreciate how standard procedures developed. City Council cannot afford to get bogged down in debating every aspect of its own mechanics. The council should be exploring solutions to crime, attracting jobs and improving community relations instead. Having citizens at the table in all discussions is a noble ideal, but in the end we elected council members to lead and make decisions.

Keeping an open mind would help traditionalists and newcomers alike on the council. There is room for improvement in how City Council operates, but reinventing every aspect is change for change’s sake — a waste of time. Salisbury is often accused of clinging to the past. More than ever, we need a council that is flexible, collaborative and forward-looking.

… Right answer to opioid epidemic? STOP Act raises new questions There has to be a better solution. You should... read more