Explore the line between certainty and doubt in St. Thomas Players’ ‘Doubt: A Parable’ 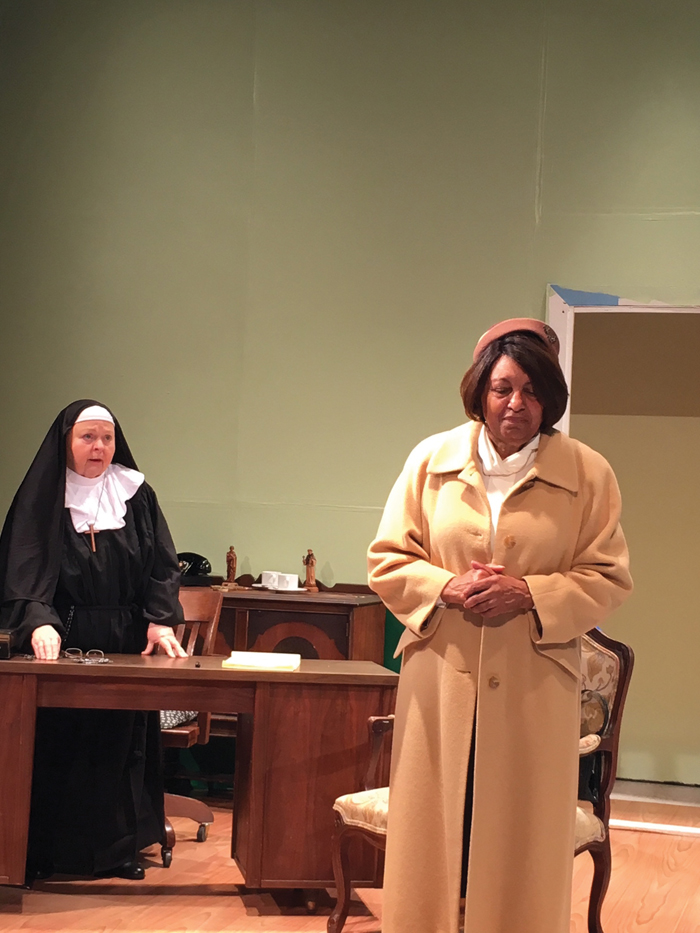 This Tony Award- and Pulitzer Prize-winning drama explores the inextricable bond between faith and doubt when a steely nun accuses a beloved priest of inappropriate behavior with a child attending their school.

It is 1964 in the Bronx and Sister Aloysius fears Father Flynn may have taken advantage of his status and power over the students.

Where do you draw the line between suspicion and belief? Is Sister Aloysius determined to seek the truth, or turning gossip into a witch hunt? It was the word doubt that inspired John Patrick Shanley to write this powerful and provocative play, and doubt hangs in the air throughout. Get caught in the tangled web St. Nicholas Church School has gotten trapped in.

“Doubt: A Parable,” written by John Patrick Shanley, will be directed by Claudia Galup, who shares her insight into this upcoming production:

“The play is set in 1964, in the Bronx where Shanley grew up and attended Catholic School run by the Sisters of Charity. The times were changing, and so was the Catholic Church. Vatican II changed many traditions, including Latin masses. Through Sister Aloysius, Father Flynn, Sister James and Mrs. Muller, ‘Doubt: A Parable’ examines the uncertainty that can result from change, and the clashes between genders, generations and cultures. I love this play. It is beautifully written; sparse and powerful. The cast, crew, and I have spent hours in exchange of ideas and of doubt. We are grateful for the opportunity to bring it to life.”

‘Doubt requires more courage than conviction does, and more energy; because conviction is a resting place and doubt is infinite—it is a passionate exercise. You may come out of my play uncertain. You may want to be sure. Look down on that feeling. We’ve got to learn to live with a full measure of uncertainty. There is no last word. That’s the silence under the chatter of our time.’  John Patrick Shanley