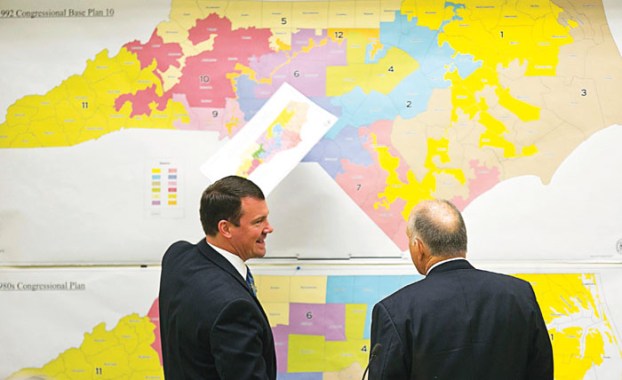 Partisan gerrymanders are part of N.C. politics. Always a little tweak to favor the party in power and whined about by the other party.

In this hyper-partisan era, Republicans have taken it to an unconstitutional, unethical and, yes, evil level. Per the number of votes cast, N.C. should have about five or six Democrats in Congress to seven to eight Republicans instead of the 10-to-3 GOP advantage. Can’t we compete on a level playing field? It’s required by the U.S. Constitution’s First and 14th amendments.

The 14th Amendment’s Equal Protection Clause provides that no state shall deny “the equal protection of the laws.” The rule is (or should be) that one person’s voting power ought to be roughly equivalent to another person’s within the state.

Voters registering or casting a ballot are engaging in free speech, a fundamental right entitled to full protection under the First Amendment. Diluting a citizen’s vote is wrong and without doubt illegal. Doing it with malice and forethought is a blatant violation of the Constitution and needs investigation.

Republicans have expressed no shame about ignoring their oath to support and defend the Constitution.

Rep. David Lewis, a Harnett County Republican, said the maps were drawn to give Republicans a large majority. Lewis made his comments after the federal court found congressional districts drawn were unconstitutional racial gerrymanders.

What an example of shameless hubris and disregard for fairness and the Constitution.

It won’t happen, but we really need a nonpartisan system for drawing North Carolina voting maps. It is so sad that racial discrimination and partisan politics still rule today.

Today while driving along Mooresville-Klumac Road I observed a large contingent of fellow citizens collecting trash from the side of... read more