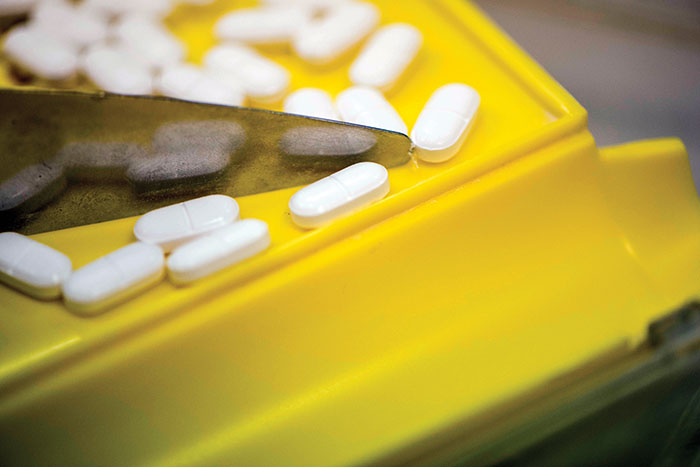 North Carolina’s Strengthen Opioid Misuse Prevention law — the STOP Act — has successfully thrown up barriers to the abuse of prescription narcotics. Truly stopping the opioid crisis will require much more, though. Scarcity of prescription painkillers is said to be driving up demand for heroin and other illicit opiates, which are cheaper and more readily available. Meanwhile, addicts who want to go clean struggle to find treatment that is affordable and accessible.

That said, over-prescribing has certainly been a key part of the addiction crisis, and the STOP Act fittingly reins in prescribers. Since Jan. 1, N.C. physicians may send patients home with only five days’ worth of a narcotic medication after an initial consultation for acute pain or seven days’ worth if a patient has had surgery. Prescribers must also report to the N.C. Controlled Substances Reporting System. The new limits prevent doctors from unwittingly creating new addicts. Combined with the reporting system, the limits and also stop people accustomed to doctor-shopping for pills to fuel their own addiction or to sell to other people. Doctors are slow to prescribe these drugs now.

Understandably, some chronic pain sufferers resent the law and the addicts who prompted it. They should also blame drug manufacturers who flooded the nation with high-powered painkillers while denying the pills’ highly addictive nature. Pain suddenly was “the fifth vital sign,”  one that doctors were accused of ignoring. Meanwhile, a few pharmaceutical companies looked the other way — or saw dollar signs — as small pharmacies ordered huge quantities of opioid painkillers. For example, a single pharmacy in Kermit, West Virginia, population 392, received roughly 9 million pills over two years, pills obviously bound for the black market.

Then there are the laws with which Congress has tied the hands of the Drug Enforcement Agency. The opioid crisis has countless contributing factors.

Bringing the over-prescribing of pain meds to a halt may be the easy part of addressing the opioid crisis. The people writing the prescriptions are easily identifiable professionals. Ditto for the drug stores that dispense them.

Other steps in the state’s Opioid Action Plan include:

• Reducing the diversion of prescription drugs and the flow of illicit drugs — something law enforcement works on every day.

In the face of such a daunting problem, it’s easy to feel hopeless about solving the opioid crisis. For that reason, every success should be held up. The STOP Act is doing what it was designed to do, reining in opioid prescriptions. That’s a critical step. North Carolina must keep up the fight.