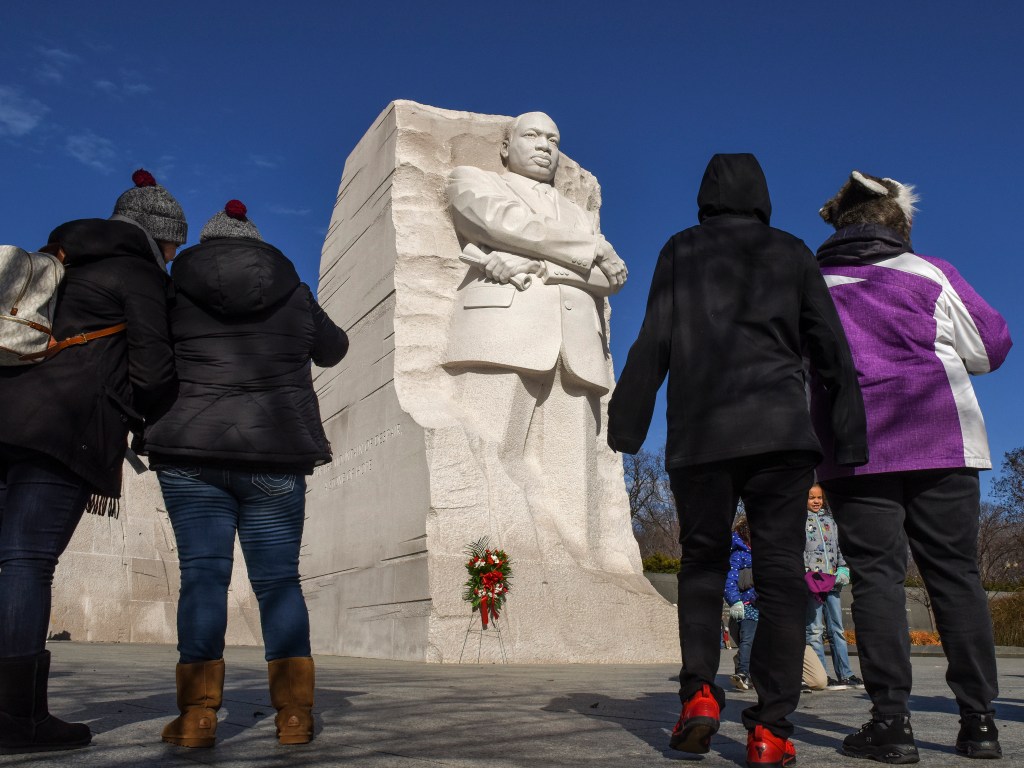 Fifty years after King we congregate as one body in spirit and in truth, accented by our uniqueness, illuminated by our similarities.

Fifty years after King we assemble to celebrate all that is good about our nation.

Fifty years after King we rejoice in our freedom, our liberty, and in our inalienable rights.

Fifty years after Martin Luther King Jr. we are proud to be Americans and live the American Dream. Yet we understand that our freedom was acquired at a high cost. Over 250,000 men and women died in our several foreign and domestic wars. Unknown kidnapped millions were lost in the middle passage from West Africa. We can only imagine the countless murdered slaves and unidentified bodies at the end of a lynch mob’s rope. Unknown soldiers martyred on a stage cluttered and crowded with the atrocities of man’s inhumanity to his fellowman.

Fifty years after his demise, we pause to honor a man anointed by God to build the cherished, “Beloved Community.” He was an icon representing the disenfranchised, discounted, forgotten and marginalized masses in America.

He desperately wanted our nation to rise up and live out the true meaning of her creed; “We hold these truths to be self-evident that all men are created equal.”

He was willing to fight hate with the healing love of Jesus to deliver his people from a long night of oppression. He believed that who the Son sets free is free indeed. He taught us that “unearned suffering is redemptive” and “you shall reap what you sow.”

Eighty-nine years ago, on Jan. 15, 1929, God blessed humanity with the great drum major, Martin Luther King Jr. Fifty years ago on April 4, 1968, God beckoned him from labor to reward. We are forever grateful that his life still impacts our lives.

His dream is yet alive. His words resonate in our ears. His truth still marches on. The Lord giveth and the Lord taketh away; blessed be the name of the Lord. (Job 1:21)

Dr. George B. Jackson is founder and chairman of the Martin Luther King Social Action Committee.