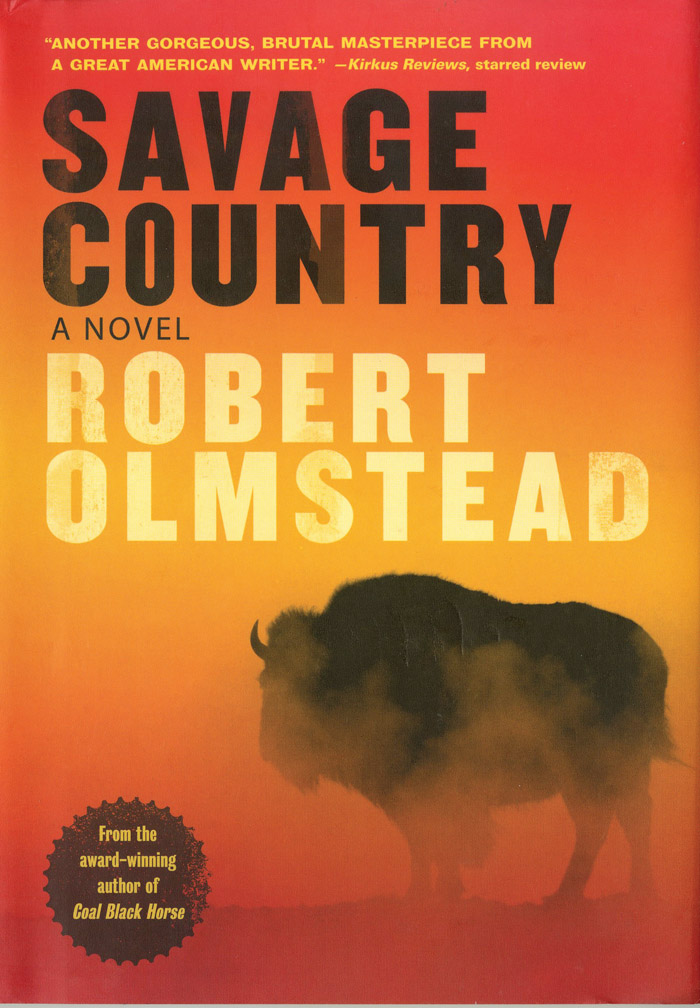 Robert Olmstead, author of “The Coldest Night” and “Coal Black Horse,” returns to the literary world with his newest novel, “Savage Country.”

Olmstead’s style of intertwining the imagery of nature with the perils of humanity shines throughout the novel as he depicts a more realistic — and savage — Western setting.

Olmstead separates his novel from other Western novels by shattering the romantic view of post-Civil War Western territories.

The novel begins, “The year was 1873 and all about the evidence of boom and bust, shattered dreams, foolish ambition, depredation, shame, greed, and cruelty.” The description of a decrepit Kansas sets the stage for the two protagonists to become intertwined in a perilous journey.

Michael Coughlin is the male protagonist of the novel. Following the Civil War, he fled to Europe and Africa because Kansas did not offer amnesty to Confederate soldiers. However, when his brother David dies, Michael returns home to settle his brother’s debts.

After he settles David’s debt, Michael goes to meet his brother’s widow and the novel’s female protagonist, Elizabeth. Early in the novel, Elizabeth admits her relationship with David blinded her from the developing financial debt. However, soon after her husband’s death, Elizabeth is determined to gain independence and strength rather than “wear a widow’s cap and die an old lady alone in some single room.”

Upon Michael’s arrival, Elizabeth asks him to lead the buffalo hunt her late husband set up to pay off the debt. Michael tries to persuade her to abandon the journey by explaining that he paid off David’s debt, so the property isn’t at risk. Elizabeth refuses to accept the charity, stating, “You are giving me what I own? By what right do you assume? Now I owe you when I would owe no man.” After further discussion, Michael reluctantly agrees to lead the buffalo hunt.

The novel follows Elizabeth, Michael and a diverse group of characters from thugs to honest men as they struggle for survival. Along the road to the “Deadline,” where Kansas meets Indian territory, the hunting group faces various obstacles — an unforgiving terrain, rattlesnakes, blue northers, flash floods and issues within their band.

Olmstead’s writing consumes readers as it exists between prose and poetry. The language is deceptively simple, forcing readers to evaluate every sentence for the hidden depth within each phrase.

The historical narrative encapsulates the world of Western America while providing an intimate look at two specific characters. “Savage Country” is a novel for those trying to escape the typical romanticized shoot ‘em up Western story to discover a more raw and brutal look at the great American frontier.