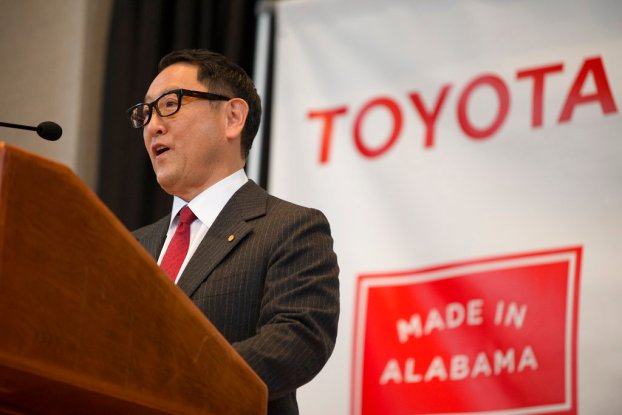 Lessons from the Toyota-Mazda miss

Last week was a good one for the state of Alabama. Not only did the Crimson Tide football team defeat Georgia in the national college football championship game; Alabama political leaders defeated their North Carolina peers in competition for the latest big auto plant.

Happily, there’s still some good news for North Carolina amidst the disappointment.

As has been widely reported, Toyota-Mazda officials announced Wednesday that they plan to locate their joint auto manufacturing plant in Huntsville, Alabama, rather than in one of several potential sites in North Carolina. The decision to put 4,000 jobs and $1.6 billion in investment somewhere other than the Tar Heel State is certainly bad news for the state’s economy.

But reasons company officials gave for preferring Alabama actually provide some good news to N.C. policymakers and economic developers — along with lessons for winning the next auto plant that comes along.

These competitive disadvantages are within our state’s power to fix — as long as North Carolina’s leaders take a clear-eyed look at what actually works and what doesn’t. And it’s clear, yet again, that the General Assembly’s basic approach to economic development — cutting taxes, cutting community investments, developing only a few certified megasites with the right infrastructure,and offering bigger-than-standard incentive packages — doesn’t really work when it comes to attracting transformational projects.

Yet Toyota-Mazda executives didn’t mention incentives as a deciding factor, and a site selection consultant with knowledge of the decision referred to Alabama’s package as “icing.” So incentives didn’t make the difference either.

And on infrastructure, North Carolina’s new megasites provided comparable or stronger capacity than similar sites in Alabama. In fact, a move by Huntsville in December to develop a new financing mechanism to expand its megasite suggests that Alabama’s leaders felt their sites were less competitive. But even our very positive investments in infrastructure were not decisive.

Instead, Toyota-Mazda chose Alabama because, it turns out, car manufacturers care more about workforce and supply chains than about tax cuts and incentives and even infrastructure. This doesn’t mean that the state should abandon its incentive programs or stop investing in roads, bridges and industrial infrastructure.

But it does mean that the state’s legislative majority needs to learn that transformative economic development requires strategic public investments rather than supply-side tax cuts.

But our shortcomings in workforce skills and automotive supply chains, painfully revealed by Toyota-Mazda’s rejection, point the way forward for what those investments can look like.

The state can provide the same focused attention on building out automotive supply chains — the network of smaller, lesser known companies that provide critical auto components — that the state has so successfully pursued in biotechnology, aerospace and advanced textiles. In each of these sectors, state and regional leaders identified key suppliers and sought to attract them to the state, supported their expansion if they were already in North Carolina, and encouraged entrepreneurs.

These sector strategies also involved strong partnerships with the state’s universities that leveraged research and development to generate new products and improved industrial production methods. Business leaders in these sectors also partnered with community colleges to train the workforce in the skill sets these companies required. Taken together, these sector efforts combined and deployed a range of investments in community colleges, universities, economic developers and businesses in ways that benefited entire industry sectors and made North Carolina a global center known for these products.

Instead of wasting more public dollars on tax cuts, legislators should invest in building automotive supply chains with smart sector policies and community college job training programs. They worked in biotech, aerospace and textiles and they will work in auto. This is the approach that North Carolina should take to win the next big auto facility deal, not another round of tax cuts.

Dr. Allan Freyer is the director of the Workers’ Rights Project at the North Carolina Justice Center.

By Cokie Roberts and Steven V. Roberts The 2018 elections are almost 10 months away — a lifetime in politics.... read more