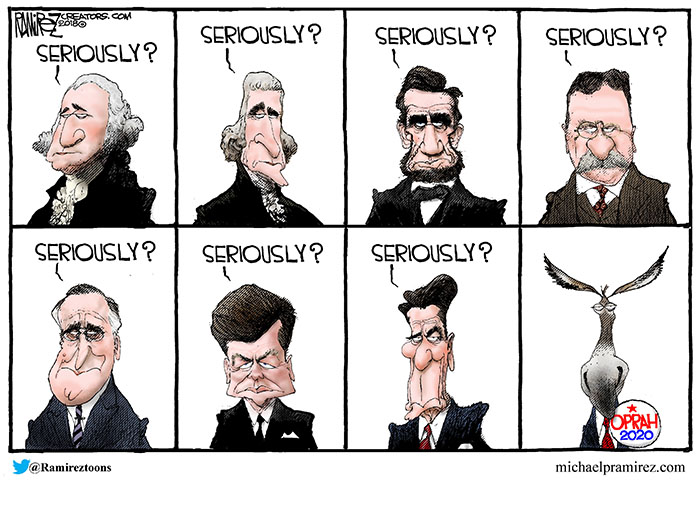 I relocated here to live on High Rock Lake, and it was one the best decisions I’ve made. Whether sitting on a pier, taking a lunchtime Jet Ski ride, fishing with my boys, watching the wildlife or taking a ride with friends to get dinner on the lake, it reminds me of why lake-front living is typically reserved for the rich and famous.

A major point of the article is that old information continues to feed outdated opinions on the lake, such as in regard to the water levels. Fortunately, with leadership from people who care, like the High Rock Lake Association, the rules … changed before I moved here, solidifying the ability of lake residents and recreationers to enjoy the lake.

High Rock Lake really is an under-appreciated asset to the county, and the county would benefit immensely from High Rock Lake getting the positive attention it deserves.

Leave our lake alone. High-end houses only cause high-end problems. Anyone that says the people don’t know it’s there needs to go out on the water on any holiday weekend and try to navigate through all the boats. The lake isn’t big enough for all that growth.

First off, the Leonard Road area is very difficult to access from the lower end of the lake, so why would you want to waste money developing that area? Second, the article says that they don’t want a Lake Norman, yet it’s mentioned about development and high-end housing. Once you go that direction, there is no return. Leave our lake alone.

What about the 500-pound gorilla in the lake — the giant sandbar/forest/bird sanctuary that blocks the view of the lake between the Rowan side to the Lexington side? … Get rid of the trees at least, please.

I was raised on High Rock and moved to Lake Norman at Sherrills Ford. I love NASCAR, but NASCAR ruined Lake Norman. I now live on Lake Chesdin in Virginia,  and golf course communities have ruined the lake here. Keep High Rock simple. It will grow fast enough just like it is.

More restaurant choices that could be accessed by boat would be nice.

… Greg Edds: Rowan
must be competitive

A better educated workforce attracts better employers, which will continue to drive the cycle of improvement.

To be better stewards of our environment, make responsible use and protection of the natural environment through conservation and sustainable practices. Keep abreast of any environmental issues that may affect Rowan County. Stewardship is an ethic that embodies the responsible planning and management of resources.

This was a little girl that needed love and guidance from all members of her family. … This angel was reported missing and adoptive parents kept collecting money? This is so disturbing. Why wasn’t something done way before this angel’s life was taken? All about the money?

It bothers me this child had to go through all this because her caretakers only wanted her monthly check. All of them that knew this child was going through this should be given life in prison without ever getting out. … Erica is at peace now with Jesus. Rest in peace, small child.

Even though I already imagined she was abused and neglected this just makes me sick. Please make sure these two never see the light of day again.

This just makes me sick . So sad. Not one person cared enough about this child to even ask about her whereabouts for at least two yrs. before she was reported missing.

This little girl never knew about unconditional love. Hatred and abuse was all she ever knew. Everyone in her life failed her as a human being.

North Carolina state law requires that any person who has cause to suspect that a child is being abused or neglected is required by law to report the situation to the local Department of Social Services in the county in which the child lives or is found. In addition, North Carolina has a law that can penalize professionals who do not report.

A sad horrible life for this child. May she rest in peace because she lived in hell here on Earth.

… Editorial: A victory
for moderates

I appreciate the Post readily acknowledging that extreme partisanship and gerrymandering is a cancer that afflicts both left and right.

However, please forgive my cynical skepticism when I see various liberal and liberal-leaning groups celebrating this “victory.” Yes, they are the ones challenging these lines repeatedly in court, but I have no doubts that their reasons are not because of doing what is right, but because of who is currently in control of the process.

I charge that if the Democrats gain control of the General Assembly in 2020 and gerrymander, their voices will be silent. I charge that grassroots organizations even loosely affiliated or aligned with the Democratic Party would do the same. I charge that these same voices were silent prior to 2010. … Where was William Barber when the 12th NC snaked along I-85, creating a safe district for Mel Watt?…

Why isn’t the Tea Party protesting gerrymandering in North Carolina and other states controlled by the GOP? GOP legislators opposing these anti-gerrymandering laws today were the same ones trying to pass them 20 years ago.

Rep. Harry Warren was right when he pointed out that “Democrats did it to,” but while the shoe is indeed on the other foot, hypocrisy is never justified.

This is not a “victory” for liberals, this is the constitutional rights of North Carolinians being upheld. Voting in a fair and impartial election is a right, and this should set the playing field level.

Why should we trust those who gain and maintain partisan control through gerrymandered districts to draw fair political boundaries? Those in power seem to chose their voters and devise devious strategies to keep it that way. One way we can avoid future political mischief is to have our districts drawn by certified, independent and non-partisan legal entities based on population. This may ensure that legislators will have term limits and the concerns of all people are addressed.

Sorry to disappoint you, but you will not be getting near that much extra. Even though the standard deduction was doubled, the personal exemption was eliminated. On a $50,000 income, that’s only $1,950 less taxable income. Yes, a savings but not the $7,500 you claim.

Of course, it isn’t all about you or about me, but what is good for the nation in the long run. The tax-cut-trickle-down religion has failed to call down fire on the altar since the ‘80s. The problem is not that we aren’t dancing hard enough, the problem is that the god is false

We’ll see how great it is for Republicans come November. Democrats should run on repeal and replace the GOP flimflam tax bamboozle of 2017. Just flip it where 83 percent goes to the middle class and 17 percent goes to corporations. Now that’s fair.

Me too — got an increase but also increased the deductions. I get $16 less per month.

You also lost your personal exemptions. … The only clear winners are the wealthy and multi-national corporations.

Any article by Dr. Bitzer is always a good read. I thought the associated image of our two federal congressmen was a good add. This is supposed to be a representative democracy, and yet we only see our elected representatives in print via either the newspaper or their self-promoting newsletters. The much-needed regular town meetings are apparently something in their minds for the history books.

I’m chilled to the bone, heart broken again for Tracey, Devin and Shane, yet angry …. How dare she (Marlene Johnson) sit in a courtroom and declare innocence after so much evidence before and after July 22, 2013 points boldly to her?

Why, dear God, is it right that our Shirley’s child, grandson and family be subjected to the horror of the details of her murder in this public arena? Our judicial system allows everyone “due process,” yet it seems the most vile among us get away with unspeakably heinous acts of violence and murder that affect not only their victim, but those who loved them most. Being jailed just doesn’t seem punishment enough.

Perhaps the bigger concern is that 44 percent of the Rowan Salisbury Schools are in this “restart” protocol. …

I support public education, but we have to analyze the data, own it and respond. This appears to be a systemic issue if almost 50 percent of your schools in a district are in “restart” protocol.

The budget issue is an issue across the state so how are other districts achieving their goals with the same resources? My questions and comments are not directed at anyone but instead to all stakeholders: What are you going to do about it?

As of Jan. 8, there were 100 approved restart schools in North Carolina; Rowan represents 16 percent of the state total. …

I find it interesting that our superintendent is for the most part opposed to privately run charter schools but OK with this concept. Is it about control and job security or what’s best for the students? Salisbury High, for example, has gone from best to worst under new leadership even though they have had basically the same student population the entire time. What’s the difference then — leadership?

This tower has been a staple since the late ’80s. … That tower is part of a lot of people’s lives and will truly be missed by the ROTC students. Hopefully it will be rebuilt soon.

There is a load of illegal immigrants in Rowan County and the rest of the state. A bunch are being kept up through Social Services by our tax money citizens paid in.

… and I know some who own homes, pay taxes and contribute to the economy of Rowan County. With that said, what should we do with all the “white folk” in Rowan County who are a drain on local services? Hey, just saying …