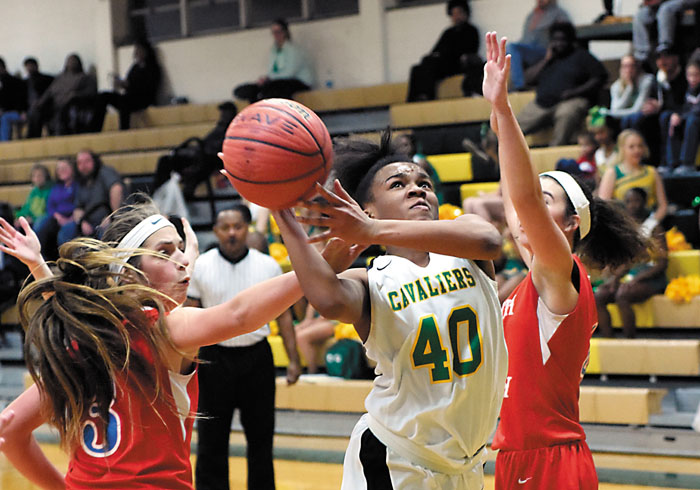 SPENCER — The North Stanly girls shook off a sluggish start with a barrage of three-point baskets,  claiming a 56-43 win at North Rowan on Wednesday night.

North Stanly senior guard Sydney Hinson led the big comeback with a pair of 3-pointers, plus 6-of-6 from the foul line. Hinson finished the game with 20 points, including four 3-pointers, while junior forward Camille Shelton had four threes of her own and 18 total points.

The Cavaliers were behind by nine points at the half and trailed by as many as 17 midway in the third period, before closing the gap a bit. Forward Myanna Hillie came off the bench to lead the home team with 17 points, including 10 and a pair of long bombs in the fourth period, when the Cavs cut the deficit to 49-40.

North Rowan  will be back home Friday against YVC foe Albemarle, trying to snap a five-game losing skid. North Stanly will host South Davidson on Friday.