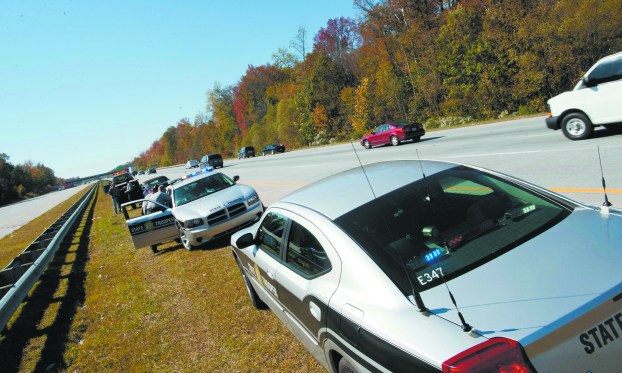 Troopers pull over a speeder.

One nice change in 2018 is that the North Carolina driver’s handbook will soon contain a section on what drivers should do when they’re pulled over by law enforcement, WRAL’s Laura Leslie reported recently.

“State lawmakers voted (in 2017) to add such information to the driver’s handbook starting next spring,” Leslie reported. “The information also is now being taught in driver’s education courses.”

This should provide sorely needed answers to questions many have been asking, especially young and inexperienced drivers. It would make good review material for everyone, though, especially drivers who may be startled by unexpected stops.

In recent times, some encounters between drivers and police officers have turned contentious and even deadly. Knowing what to expect and how to behave during a traffic stop should alleviate some pressure.

Young drivers should understand that being pulled over is not the worst thing that could happen, and might actually benefit them, especially if there’s a safety issue at hand. And they should be aware that nervous behavior or refusing to cooperate just doesn’t help.

And officers should be aware — and most likely are — that teenagers aren’t always going to act the way they should and be prepared.

Along with these changes, a voluntary designation system for drivers who are deaf or hard of hearing will be put in place. “They can choose to have that noted on their electronic driver’s record, so that, if a law enforcement officer runs their license plate, they will know that the driver may not respond to spoken commands,” Leslie reported.

The law also requires law enforcement officers to receive more training on how to recognize and interact with deaf or hearing-impaired drivers. This inclusion came about after a deaf motorist was shot in Charlotte by an officer during a 2016 stop.

More training has been needed for police officers and motorists in general for some time. We’re glad to see the legislature lend some guidance to the task.

Letter: What, me worry?

“Worryin’ is like a rocking horse… it don’t get you nowhere.” I ran across this quote while killing time in... read more