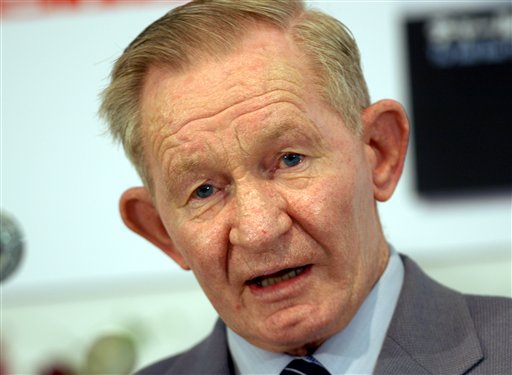 D.G. Martin: Best step on N. Korea would be a step back

If Charles Robert Jenkins were still around, we could ask him about how to best deal with North Korea. Jenkins, in case you don’t remember, was the soldier from Rich Square, North Carolina, who spent 40 years in that country after deserting across the border while serving in the U.S. Army in South Korea.

Before he died last month, he told Los Angeles Times writer Jonathan Kaiman the lesson he learned from his time there. “I don’t put nothing past North Korea. North Korea could to do anything. North Korea don’t care.”

“Ain’t nobody live good in North Korea. Nothing to eat. No running water. No electricity. In the wintertime you freeze — in my bedroom, the walls were covered in ice.”

That insight might help us understand better the nature of the country that is threatening a nuclear missile attack against major U.S. cities. But it does not lay out a strategy for dealing with the North Korean threat.

Secretary of State Rex Tillerson says the current administration recognizes the challenge.  “When President Trump took office, he identified North Korea as the United States’ greatest security threat. He abandoned the failed policy of strategic patience. In its place we carried out a policy of pressure through diplomatic and economic sanctions.”

“A door to dialogue remains open, but we have made it clear that the regime must earn its way back to the negotiating table.”

But the North Koreans have not jumped at the opportunity to talk to the U.S. Surprisingly, they are now talking to the South Koreans about the possibility of participating in the Winter Olympics, which South Korea is hosting next month.

Responding to these talks and the possibility of North Korean participation, Sen. Lindsey Graham says the U.S. should boycott the Olympics if North Korea participates.  “Allowing Kim Jong Un’s North Korea to participate in #WinterOlympics would give legitimacy to the most illegitimate regime on the planet.”

Meanwhile, Kim Jong Un and our president trade angry threats like bullies in a school yard.

Contrary to Secretary Tillerson’s assertion that North Korea is our “greatest security threat,” the greatest threat to the U.S. may be the fixation of people like Tillerson, Graham, and Trump on Kim Jong Un.

Is there a better way for the U.S. to deal with North Korea’s nuclear threat than President Trump’s boastful threats to destroy North Korea militarily if the U.S. is provoked?

The extraordinary attention given to the North Korean threat is understandable, but it might be counterproductive. Our efforts, our threats, our daily absorption arguably could be doing more harm than good.

We may be paying too much attention to North Korea.

Maybe we should take a step back, get out of the direct confrontation mode and disclaim the primary responsibility for dealing with North Korea’s nuclear fixation, and adopt these guidelines:

1. Cede leadership and responsibility for North Korea to those most at risk: China, South Korea, Japan and, perhaps Russia. Make it clear that we will be supportive of their efforts and will cooperate with the solutions they develop, but we will not dictate terms or take the lead in any negotiations.

2. Continue to work with other nations and the U.N. to enforce and expand the sanctions against North Korea, working as a partner and not insisting on directing the effort.

3. Continue and accelerate research and construction of expanded anti-missile capability, quietly and without unnecessary disclosure, working as rapidly as possible to check the North Korean missiles should they ever be launched.

4. Quietly develop, test and improve contingency plans for a strong response to any North Korea military action against South Korea.

As Charles Jenkins pointed out, there is no good way to deal with the North Koreans. But maybe a step-back from confrontation would be “less bad” than our current frantic and provocative approach.

D.G. Martin hosts “North Carolina Bookwatch,” which airs Sundays at 11 a.m. and Thursdays at 5 p.m. on UNC-TV. Today’s  guest is Ali Standish, author of “The Ethan I Was Before.”