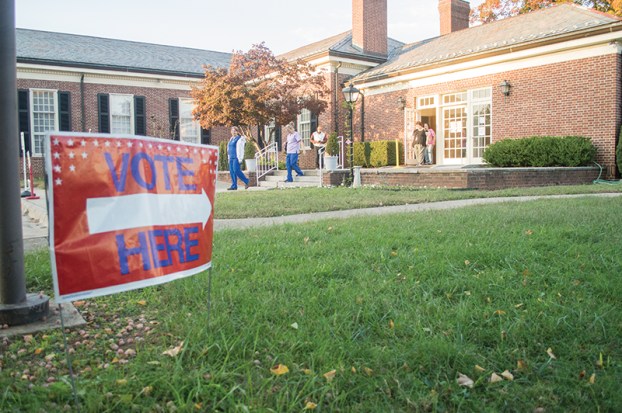 Voters exit the Rowan Public Library headquarters after voting in 2016.

Other Voices: Voter fraud board folds

Donald Trump just couldn’t stand it. The man, a new and already infamous book characterizes as having little interest in the U.S. Constitution he swore to uphold, didn’t get it — how he somehow won the presidency despite his opponent, Hillary Clinton, besting him by three million votes.

So he formed a commission to investigate voter fraud, which he was absolutely sure was the reason he didn’t win the election in a landslide. That ridiculous, narcissistic effort now has ended, shut down by Trump last week.

Trump couldn’t tell the truth, that voter fraud is extraordinarily rare in the United States and his commission was solely an attempt to salve his ego. He wasn’t satisfied with winning the election fair and square through the Electoral College thanks to victories in key, big states.

Even as he called off the commission, using the occasion to advocate for voter ID laws — another questionable waste of time and potentially unconstitutional — Trump couldn’t help himself: “Despite substantial evidence of voter fraud, many states have refused to provide the Presidential Advisory Commission on Election Integrity with basic information relevant to its inquiry. Rather than engage in endless legal battles at taxpayer expense, today I signed an executive order to dissolve the commission, and have asked the Department of Homeland Security to review these issues and determine next courses of action.”

Trump’s initial bellowing about voter fraud claimed it represented millions of votes and speculated that if he lost the election it would be because it was stolen, two profoundly unpatriotic claims in a democracy that stands strong because of the people’s belief in its fairness and in their final authority at the ballot box.

But the president’s real problem with the credibility of his commission was that the states that did cooperate a little found what they already knew, that voter fraud simply isn’t a problem in the United States. And that’s without additional attempts to suppress the votes of minorities and the elderly and younger people, all of whom tend to have more problems in acquiring “Voter ID” cards than others.

Trump showed, in this effort, that he’s willing to put the country through the wringer, dividing people, raising false claims, exaggerating an issue that doesn’t exist, if it can get him a few cheers in the campaign-style rallies he still loves to hold.

The country, in being divided by a selfish president, pays a price for the cheers of the president’s hard-core base. The promising thing is that the longer Trump’s presidency stumbles along, the lower the volume is liable to get.

Letter: Rowan has never had a better opportunity

I want to thank Mr. Greg Edds for his Jan. 7 column on how we grow Rowan County to be... read more