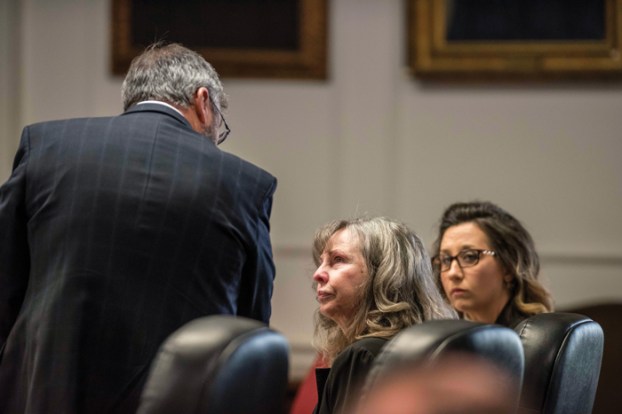 SALISBURY — On Monday July 22, 2013, Shirley Goodnight Pierce went to work at Tuscarora Yarns like she did every day and worked until just after 8 p.m. like she did most days. It would be her last day at work, because the next morning she was found brutally murdered.

It’s a narrative Assistant District Attorney Barrett Poplar painted for jurors this morning during his opening statements in a trial that he said will detail how Marlene Postell Johnson beat and stabbed Pierce to death.

The 62-year-old was found by fiancé Chuck Reeves, who had last spoken with her the night before, after she left for work. He went to her home and found her garage door open and an interior door locked which she never locked.

He went to the front yard and found a hidden key and walked into the Kannapolis home where he saw a number of things out of place, including Pierce’s purse opened and its contents on the floor as well as what appeared to be blood stains on the floors. He heard the water running in her bathtub and found her dead.

Poplar told jurors that they would hear about DNA evidence and other items that pointed to Johnson as the person who killed Pierce. Rowan County Sheriff’s detectives found Pierce’s mail in Johnson’s possession. Johnson also had cuts to her hands and missing fingernails on her right hand.

The stab wound that Pierce received severed her carotid artery. The prosecutor said jurors will also hear during the trial about how investigators found blood at the scene that positively matched Johnson.

Defense attorneys James Davis and Jay White did not make opening statements. The trial will resume later this afternoon.

SALISBURY — Just more than half the jurors were selected Monday on the first day of the first-degree murder trial for... read more