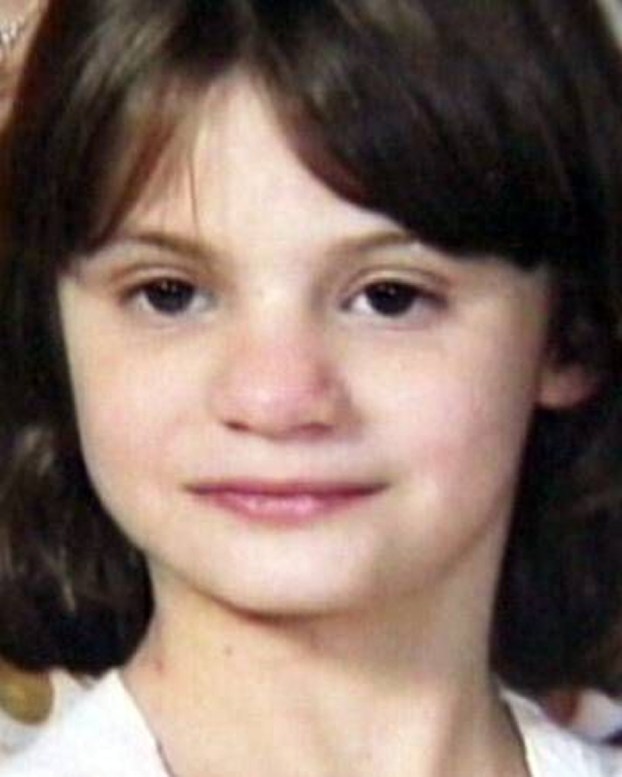 Erica Parsons at age 11. A completed autopsy shows she suffered from numerous injures, was malnourished and small for her age. The Rowan County teenager, reported to have disappeared in 2011, suffered more than a dozen broken bones over a prolonged period of time before dying and being buried in an unmarked grave in South Carolina, according to an autopsy report released Tuesday by the Office of the Chief Medical Examiner in Raleigh.

“Given the history of physical abuse, and signs of physical abuse present at autopsy, we cannot exclude the possibility of a terminal blunt force injury, suffocation or strangulation,” the report says.

The diminutive girl, adopted soon after birth by Casey and Sandy Parsons, was last seen by a pediatrician when she was 6. She started being home-schooled at the age of 7.

Family members said the Parsonses subjected Erica to repeated physical and emotional abuse through the years, including beating her with a belt buckle that broke the skin, choking and throwing her to the ground, slamming her hand in a door, bending her fingers all the way back and knocking out a tooth.

She was forced to sleep in a closet, sometimes fed dog food, and sometimes not fed at all, family members said.

The report said the girl’s remains had low bone density for her age and a pronounced growth deficit. She was malnourished.

All along, Erica’s adoptive parents were receiving payments from the state for the care of Erica, a special needs child, under the supervision of the Rowan County Department of Social Services.

Examiners found fractures in various stages of healing in her nose, jaw, upper right arm, scapulae (the bone connecting the upper arm and collar bone), a finger, seven ribs (some broken more than once) and left shinbone.

Unhealed fractures — breaks that may have happened during or after her final hours — were found along the bony projections of several vertebrae and in one rib.

She also had signs of spina bifida occulta, a mild form of a birth defect in which a child’s spine has not formed properly.

At least one tooth was missing, and others showed signs of being broken.

“In the week prior to her 2011 disappearance, siblings described her as looking gray with sunken eyes, smelling bad with open, oozing cuts, very weak and complaining of not being able to breathe,” the report says.

Erica — who would have been 18 when Sandy Parsons led authorities to her remains — may have been suffering from an untreated infection or sepsis, renal failure, poisoning or rhabdomyolysis (a breakdown of muscle that releases a damaging protein into the blood), the autopsy report says.

“Based on the information received, autopsy findings and circumstances surrounding the death, as currently understood, it is our opinion that the cause of death is homicidal violence of undetermined means,” the report says.

The final autopsy report was digitally signed by Scott and Dr. Julie Ann Hull. The remains were released to Moose as evidence on Feb. 21, 2017.

No organs or tissue were available for examination, since the remains were found nearly five years after adoptive brother Jamie Parsons reported that Erica had disappeared. After that report was made in 2013, law enforcement launched an extensive search for the girl. A $50,000 reward was offered.

The Parsonses fabricated a story about sending Erica to stay with a grandmother — a person who, it turned out, did not exist.

The couple even went on the nationally syndicated “Dr. Phil Show” to seek sympathy and insist that Erica was not missing. Host Phil McGraw soon picked holes in their improbable story, and a lie detector test the show gave to Sandy Parsons found him to be “highly deceptive.”

The Parsonses are in federal prison for cashing Erica’s assistance checks more than a year after the girl disappeared. Sandy led investigators to Erica’s buried remains in September 2016, but no one has been charged in her abuse and death.

Speaking at the funeral the community gave Erica last February, Sheriff Kevin Auten said it is the most difficult case in his 30 years in law enforcement. “It’s horrible we lost a young child but heaven gained an angel,” he said.

Auten said recently that arresting Erica’s killers is his No. 1 priority in 2018; he was just waiting on the medical examiner’s report.

Chad Moose, lead investigator in the case, said Tuesday that since he and District Attorney Brandy Cook are involved in an unrelated proceeding — Shirley Johnson’s trial for murder — and nothing will be decided about charges related to Erica’s death until the trial is over. Investigators and the district attorney have to look at the evidence and decide what charges to file.

Some have estimated the Johnson trial could take up to two months.

But there is little doubt about who will be charged, judging by a Sheriff’s Office news release distributed Tuesday evening.

“Once these steps are completed,” the release says, “arrangements will have to be made with federal authorities for Casey and Sandy Parsons to be transported to Rowan County, so that the charging documents (warrants) can be served on them and a first appearance can be set for the defendants.”

Bones will tell the story.

Winter on the lake

After weeks of sub-freezing temperatures, we’re going to get a warm-up for a few days. Ice has formed along the... read more