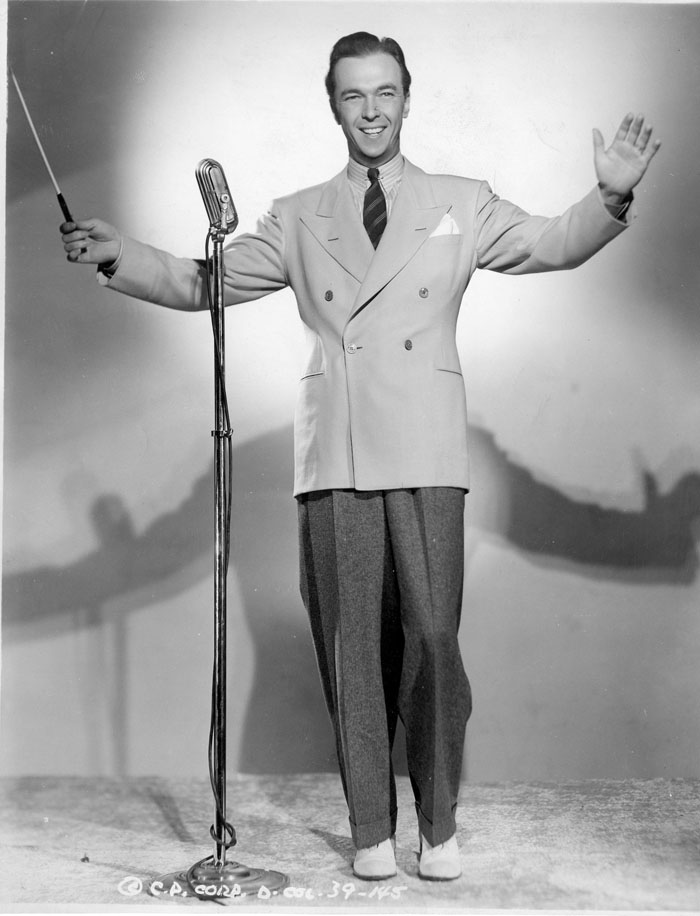 When Salisbury native Edgar Clyde ‘Skinnay’ Ennis collapsed and died in June 1963 at a Beverly Hills restaurant, he was only 54. He had gained national notoriety first as a vocalist, then as a bandleader, whose orchestra often played with Bob Hope shows. Ennis also appeared in movies, including ‘College Swing,’ ‘The Dummy,’ ‘Follow the Band’ and ‘Sleepy Time Gal.’ He was born in Salisbury in 1909, attended schools here, then fell in with the music crowd at the University of North Carolina at Chapel Hill. He was tagged ‘Skinny’ by friends at the university, and the nickname stuck, but it changed to ‘Skinnay’ because of a misspelling on a recording he made as a member of Hal Kemp’s orchestra. He was referred to as ‘Skinnay’ the rest of his life. Ennis’ obituary said his first musical experience came when he tooted a bugle and blew a horn in a Salisbury Boy Scout band. ‘Skinnay Ennis looks collegiate,’ an entertainment writer said in 1939. ‘He has pep. His laughter is hearty. His boyish enthusiasm is contagious. Moreover, the slightly husky and yearning quality of his voice kindles the fires of appreciation in romantic-minded girls. At his death, Ennis and his orchestra had been playing at the Statler Hilton in downtown Los Angeles for five years.