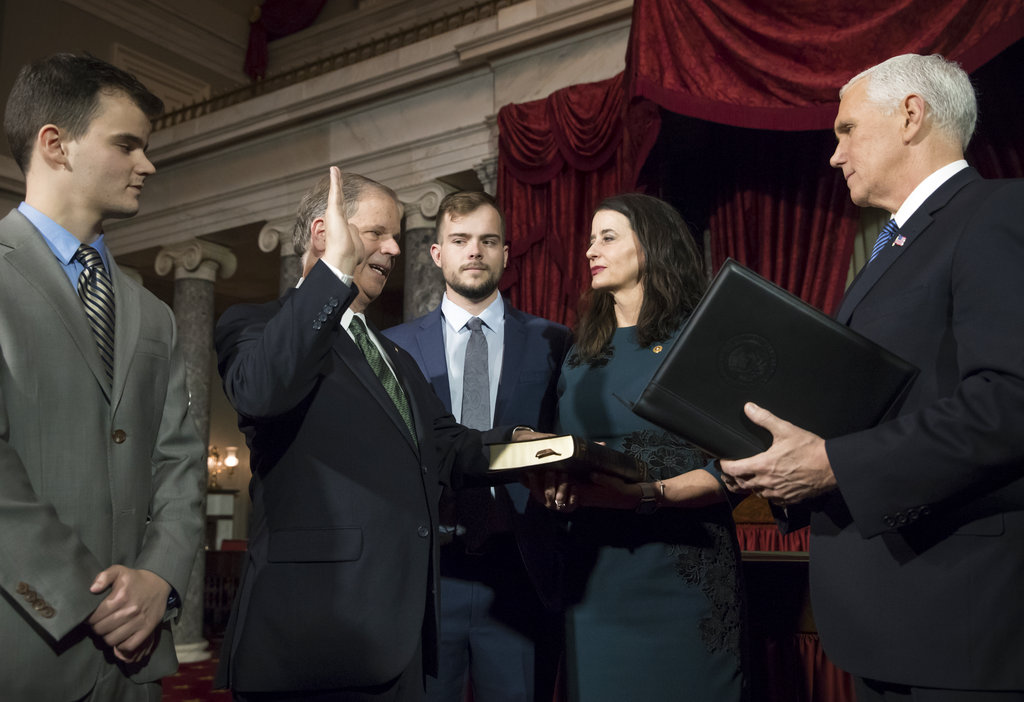 In this Jan. 3, 2018 photo, Vice President Mike Pence, right, administers the Senate oath of office during a mock swearing in ceremony in the Old Senate Chamber to Sen. Doug Jones, D-Ala., second from left, with his wife Louise Jones, second from right, on Capitol Hill in Washington. Jones defeated Republican Roy Moore in a special election to take the seat once held by Attorney General Jeff Sessions. (AP Photo/J. Scott Applewhite)

Did Vice President Pence hug Doug Jones or give him a “high-five” after the swearing in ceremony? Pence reminds one of Calvin Coolidge who was said to have been “weaned on a pickle.”

Letter: Slogan should have been build back later

Letter: And how are the children in Rowan County?

Letter: Shame on those who litter