Best young adult and memoirs of 2017 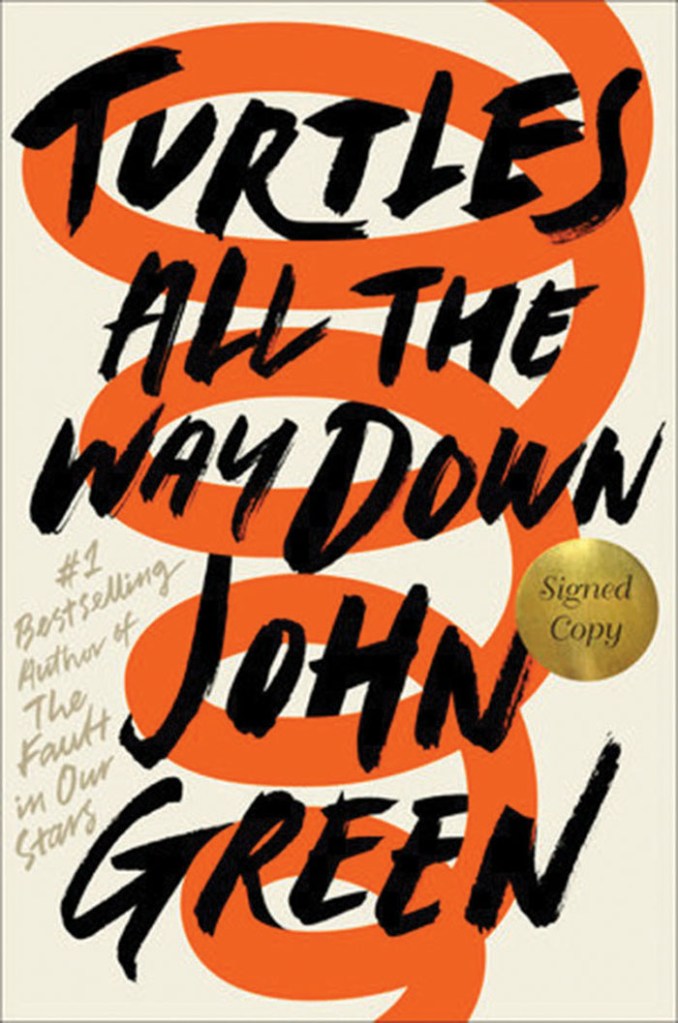 As we continue to share a list of some of the best books of 2017, young adult fiction made a big impression. More and more adults openly admit they read this genre, and more and more of it is being reviewed.

Memoirs, which go through phases of popularity, focused on hot topics such as body image, family relationships and the election.

These lists were compiled by Salisbury Post intern Spencer Dixon, a recent college graduate with a degree in English.

Young adult
1. “Turtles All the Way Down,” by John Green — The story follows 16-year-old Aza as she pursues a fugitive billionaire in hopes of receiving a $100,000 reward. Aza, with her best friend Daisy, embark to find the billionaire’s son, Davis, to ask for help. John Green’s new novel is a story of resilience and the strength of lifelong friendships.

2. “The Hate U Give,” by Angie Thomas — Thomas writes a story about 16-year-old Starr Carter who moves between two worlds: the poor neighborhood where she lives and the rich suburban prep school she attends. The fragile balance between the two worlds collapses when Starr witnesses the
fatal shooting of her best friend, Khalil, by a police officer. Afterwards, Khalil’s death
becomes national news, and Starr must decide what to or not to say.

3. “I Believe in a Thing Called Love,” by Maurene Goo — Desi Lee is a driven and successful student; she is student body president, a varsity soccer star, and a shoe-in at Stanford. When a good-looking boy comes into Desi’s life, she decides to apply the drive and dedication into pursuing the boy that she puts into the rest of her life. Desi begins by watching the Korean dramas her father watches and creating a step guide called “K Drama Steps to True Love.” Throughout the novel, the
young protagonist discovers real love is much more than just drama.

4. “City of Saints and Thieves,” by Natalie C. Anderson — Set in Kenya, the novel follows Tina as she attempts to avenge her mother’s murder. After fleeing from the Congo, Tina’s mother took a maid job with the Greyhill family. When she is found dead in Mr. Greyhill’s study, Tina knows who is to blame. Over the next four years, Tina becomes a master thief for a local gang until her opportunity to enact her revenge arrives, but, along the way, she will learn the truth behind her
mother’s murder.
5. “The Pearl Thief” by Elizabeth Wein — In her prequel to “Code Name Verity,” Wein follows the story of Julia Beaufort-Stuart as she wakes up in the hospital. Julia realizes she was injured on purpose because a family employee is missing. She befriends a Scottish Traveller, Euan McEwen, and his sister, Ellen. Julia becomes close to the family, and begins to experience some of the prejudices the Travellers face. When another body appears in town, Julia searches for answers to
ensure her new friends are not blamed for the crime.

Memoirs
1. “Priestdaddy: A Memoir,” by Patricia Lockwood — Lockwood recalls a time when she temporarily moved back in with her parents. Her father was a Catholic priest who loves electric guitars, and her mother constantly focuses on disasters and Satan worshipers. As she readjusts to living with her parents, Lockwood rethinks her childhood within the Catholic Church and her own family.

2. “Hunger: A Memoir of (My) Body,” by Roxane Gay — Gay, bestselling author of “Bad Feminist,” writes a brave memoir about child sexual abuse and personal acceptance. Following a childhood sexual assault, Gay recalls how she purposefully gained weight to attempt to be unseen and unnoticed in order to feel safe again. The memoir will make you more accepting of your own body as well as more considerate of other’s bodies.

3. “An Odyssey: A Father, a Son, and an Epic,” by Daniel Mendelsohn. This story follows New York Times best-selling author Mendelsohn and his father as they study the Greek epic “The Odyssey” together. As part of the study, the two go on an educational cruise to recreate the path of Odysseus. During the cruise, both father and son learn a lot about each other. The novel blends personal memories and a close reading of the epic to tell the story of bonding between father and son.

4. “You Don’t Have to Say You Love Me,” by Sherman Alexie. Alexie writes a family memoir set mostly within the Spokane Indian Reservation. Using his typical humor and poignant language, Alexie discusses the troubled life of his mother to depict a history of oppression and violence suffered by larger Native American community.
5. “What Happened,” by Hillary Rodham Clinton — Hillary Clinton writes a memoir depicting her personal thoughts and experiences during the controversial 2017 presidential election. Throughout the book, she reflects on the highs and lows of the election, the odd twists throughout, and her opponent. Clinton lets it all out because she isn’t being constrained by running for president, which allows her to be open and honest about her thoughts and feelings.