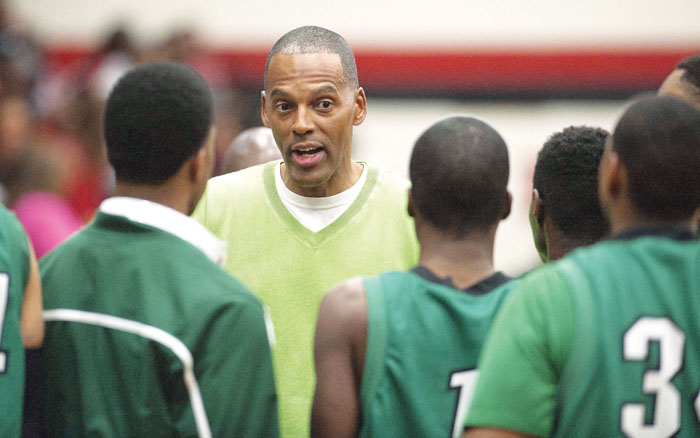 Based on previous scores, the Wonders’ 61-57 victory over the Cougars, ranked fifth in 3A, came out of nowhere.

“We didn’t rebound Wednesday and then we just gave up against that big Northwest Cabarrus team,” A.L. Brown coach Shelwyn Klutz said. “But we challenged our guys, challenged their pride, and today we showed a lot more resolve.”

Carson coach Brian Perry had some trepidation prior to the contest. Carson had weathered a fierce comeback by Statesville on Friday night, and a Saturday afternoon road game against an athletic team that had rested on Friday didn’t figure to be a walk in the park.

“It was a quick turnaround for us, and I told our guys not to expect the same kind of game as the first time we played them,” Perry said. “A.L. Brown didn’t play well at our place, and we shot the ball really well. But today, we were going to a place where it’s always tough to play.”

Carson started slowly. It was 11-all after a quarter.

Owen White got hot for the Cougars in the second quarter and splashed three 3-pointers in a hurry.  His spree allowed Carson to stay close. Carson trailed at halftime, 24-21.

Then Jamarius Hairston got on a roll for Carson in the third quarter. He enjoyed a 13-point period and propelled Carson to a double-digit lead. A.L. Brown came back to cut Carson’s edge to 42-33 after three quarters.

“We got up on them in the third quarter, but then we hit another cold spell,” Perry said. “And you have to give them some credit. They fought. They took it to us in the fourth quarter.”

The Wonders caught up and went ahead by five points. Carson still had a chance, down three with the ball, with 13 seconds left, but A.L. Brown’s Cord Butler took a charge on Hairston.

The Wonders outscored Carson, 28-15, in the fourth quarter.

“It’s a really good win for us,” Klutz said. “We’ve been so up and down all year, and a lot of times when we get down 12 points, we lose focus and that 12-point deficit turns into 30. But not today. This time we continued to compete. Very proud of the effort we had.”

Jailen Williams scored 21 for Carson. Hairston had 18 and White had 14, but the Cougars got only four points from the rest of the squad.

“We’ve had such a great run early in the season, winning the Christmas tournament and beating a lot of people pretty good,” Perry said. “We just didn’t get it done today, but we can learn from it and grow from it. This loss doesn’t feel good, but it can help us get refocused.”

Klutz, in his 21st season at the helm of the Wonders, had nothing but praise for the Cougars.

“Those guys play so well together, their point guard  (Williams) just gave us fits today, and they’ve got a lot of shooters,” Klutz said. “Even as an opposing coach, you enjoy watching an experienced team like that play. We beat a really good team.”

Next for the Wonders on Friday is Cox Mill, the top-ranked team in 3A. Carson returns to North Piedmont Conference play at North Iredell on Tuesday.