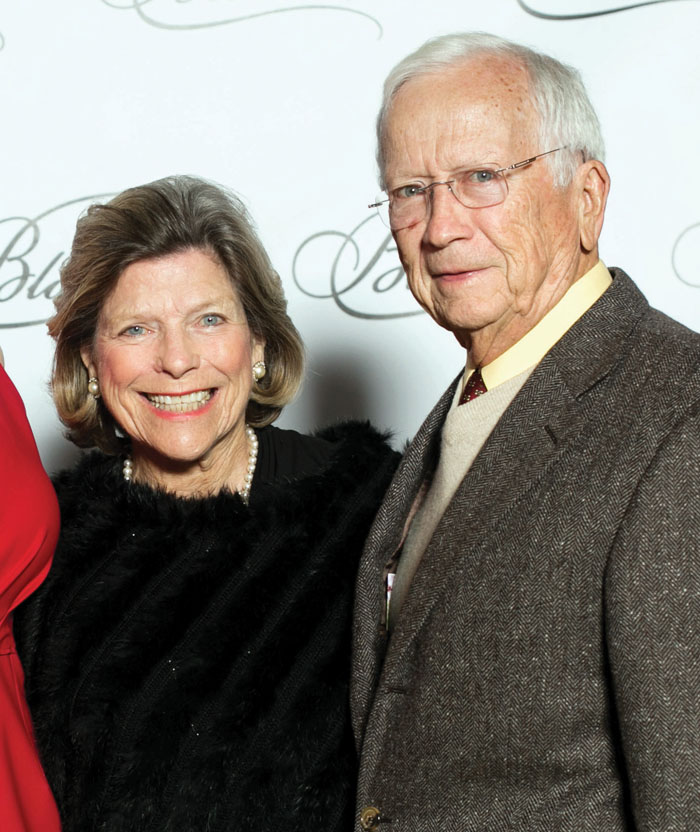 The Stanbacks donated $2.68 million, the largest gift ever made to the college’s foundation from an individual.

“This is more than a sustainable solar voltaic system,” said college President Carol Spalding. “Once connected, the income from the energy produced will create an income stream for the college’s foundation that will provide professional development and student scholarship funding for years to come. This is truly the gift that will keep on giving.”

Spalding said that as a public institution, RCCC is especially thankful for private community support.

“When our students receive scholarships, they consistently tell us that it’s not just about the money — it also means that someone has faith in them,” said Spalding. “I now think I understand that sentiment in a new way. The gifts from the Stanbacks, along with those from the other donors named on our new donor recognition plaque, make me feel that the community has faith in the work we are doing and believe the college is a great investment. What a great feeling.”

The college recognized the Stanbacks and their donation with a celebration at one of the buildings equipped with a rooftop solar system funded by their first gift.

The first donation paid for construction of a 315 kW DC rooftop array that will produce an estimated 425,000 kilowatt hours of energy per year. The college is working closely with Duke Energy to complete the solar energy connection and power purchase agreement, which will generate a projected annual revenue to the Rowan-Cabarrus Foundation of nearly $30,000.

The second investment will pay for a nearly 1-megawatt ground-mounted array utilizing 6 acres owned by the Rowan-Cabarrus Foundation and rooftop solar systems on three additional buildings at the North Campus in Salisbury. The combined systems will generate roughly 2,000,000 kilowatts of clean energy per year and generate an estimated $100,000 for student scholarships and sustainability investments.

Upon completion at the college’s North Campus, the systems will provide energy equivalent to power 200 homes for a year and avoid the release of roughly 2,000 tons of carbon dioxide into the atmosphere. It will be the largest solar system at any of North Carolina’s community colleges.

“We want to commemorate this moment in time. Two of the most generous philanthropists gave us an endorsement and the confidence we needed to raise money in our community. We have expanded our sustainability, while also investing in our community. This donation will help individuals, their families and, in turn, our community,” said Spalding.

The recent recognition was attended by members of the college’s board of trustees, Rowan-Cabarrus Community College Foundation board members, community leaders, and college faculty and staff.

“I’m just glad we could help,” said Fred Stanback at the recognition event.

Additionally, Fred and Alice Stanback have funded $325,000 toward scholarships for Rowan-Cabarrus students. In 2017, the foundation received 276 scholarship applications and was able to fund only 146.

“Thanks to this investment from the Stanbacks, more scholarships will provide hope and opportunity for students who may not otherwise have the financial ability to accomplish their educational and career goals,” said Carl M. Short, chairman of the board of trustees. “A year of education at Rowan-Cabarrus is a great value at about $3,000 per full-time student for tuition, books and fees. However, not everyone has the means to pay this. These scholarships will make it possible.”

Students who were awarded scholarships thanks to this donation also attended the ceremony.

“This donation really made a difference in my life. Thank you so much; it has truly been a blessing. Now I get to become an educator,” said Tammariah Cox, a Stanback scholarship recipient.

There are many students who want to attend Rowan-Cabarrus who do not make enough money to pay for college, but make too much to qualify for federal financial aid.

“It starts to take a toll on you when you talk to so many students who desperately want to pursue their education but don’t have the means,” said Sarah Walker, director of governance, foundation operations and public information. “The scholarships from the Stanbacks give our students a chance when many of them may have never been given a chance before.”

The scholarships will be awarded to Rowan County residents.

HWhen we asked Fred about other parameters of the scholarships, he simply said, ‘help as many as you can,’” said Spalding. “The generosity of Fred and Alice Stanback is almost overwhelming. Our goal is to help individuals in our community move forward and make their lives, their families’ lives and our communities better. I am confident that this investment will do just that.”