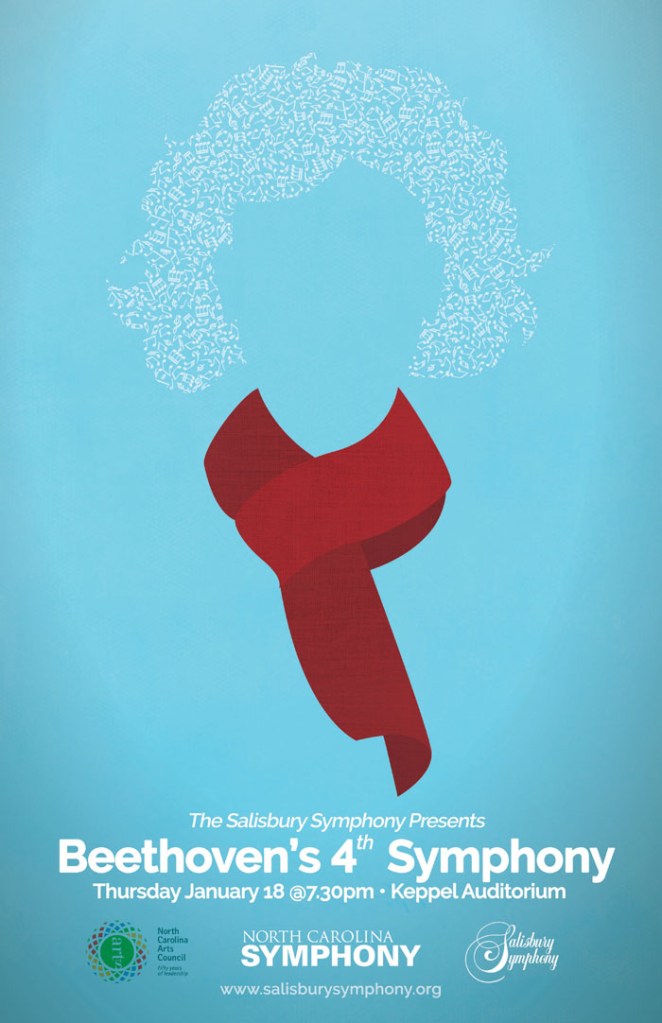 The Salisbury Symphony proudly announces the return of the North Carolina Symphony to our community for a special concert, which will take place on Thursday January 18 at 7.30pm at Keppel Auditorium on the campus of Catawba College.  For over 35 years the Salisbury Symphony has presented an annual guest concert by the North Carolina Symphony; the only city in our region that hosts the state’s official orchestra. Founded in 1932, the North Carolina Symphony is a vital and honored component of North Carolina’s cultural life. Its 175 concerts and events annually are greeted with enthusiasm by adults and schoolchildren in more than 90 North Carolina counties—in communities large and small, and in concert halls, auditoriums, gymnasiums, restaurants, clubs, and outdoor settings. The Symphony’s 66 full-time professional musicians perform under the artistic leadership of Music Director Grant Llewellyn.