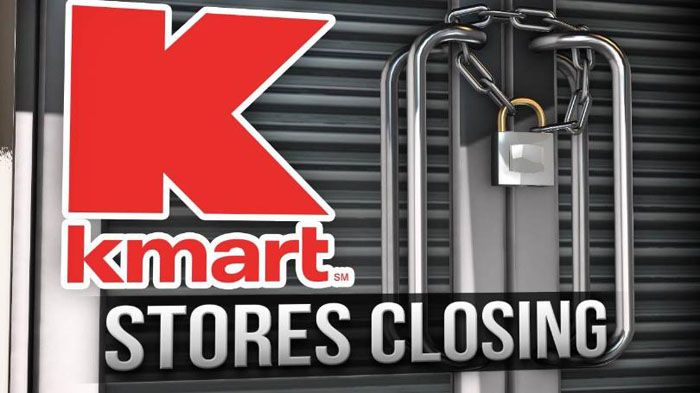 Salisbury’s Kmart store is among 64 that the retail chain will close this spring, the company announced Thursday.

The store, at 815 E. Innes St., is one of five in North Carolina that will be closed by early April.

Sears Holdings, which owns both the Sears and Kmart chains, was one of two major retailers to announce additional store closings Thursday as they grapple with declining sales and customers who are increasingly shopping online.

In addition to the Kmart locations, Sears Holdings said it will close 39 Sears stores, none of them in North Carolina.

Meanwhile, Macy’s said it will shutter an additional 11 stores in coming weeks. They include stores in Durham and Pineville in North Carolina.

Both companies have closed hundreds of stores in recent years in an effort to cut costs.

“We will continue to close some unprofitable stores so that our physical store footprint and our digital capabilities match the needs and preferences of our members,” Sears said in a statement Thursday afternoon.

The company did not say how many employees would be let go as a result of the closures but said it would provide severance to eligible workers. Liquidation sales will begin as early as next week, with store closings expected to begin in early March.

The news comes after a tumultuous few years for the nation’s department stores. More than 300 retailers filed for bankruptcy last year, and many others posted deep losses.

But there are signs that a solid holiday season has provided at least a temporary reprieve for some as shoppers stocked up on home goods, clothing and beauty products. JC Penney on Thursday said same-store sales, a measure of sales in stores open at least one year, rose 3.4 percent in November and December compared to a year earlier. Macy’s, meanwhile, reported 1.1 percent growth in same-store sales during that period led by increased demand for active apparel, shoes, dresses and coats.

“Consumers were ready to spend this season,” Jeff Gennette, Macy’s chief executive, said in a statement. “We saw improved sales trends in our stores and continued to see double-digit growth on our digital platforms.”

But analysts cautioned that it could still be a rocky road for retailers like Macy’s. The company has already closed 124 stores since 2015, joining a number of other retailers that are paring down as more customers shop online. For 2017, Macy’s says it projects total sales to be 3.6 percent to 3.9 percent lower than they were a year earlier.

“These results are simply not strong enough to suggest that Macy’s has transformed the business nor that future success is guaranteed,” Neil Saunders, managing director of analytics firm GlobalData Retail, wrote in a note to clients. “Growth remains relatively weak.”

Overall, holiday spending is projected to rise about 4 percent to a record $682 billion, according to the National Retail Federation, which will report final numbers late next week. Early projections show that sales rose 4.9 percent during the holidays, accounting for the largest annual increase since 2011, according to Mastercard’s SpendingPulse report.

But even otherwise healthy retailers, analysts said, could face new challenges in coming weeks as snow and ice blanket much of the East Coast, leading to hundreds of school closures and workplace delays. Consumers who might have otherwise shopped at the local mall have been hunkered down indoors, keeping tabs on their children, shoveling their driveways or preparing for power outages.

And although some types of retailers — hardware stores, say, or grocery chains — may see a rush of customers before and after major storms, analysts said department stores, which rely heavily on foot traffic, are a different story.

“Department stores definitely take a hit when the weather turns bad,” said Anya Cohen, a retail analyst at research firm IBIS World. “Brick-and-mortar stores are already struggling to get shoppers into their doors, and inclement weather is one more reason to keep them at home.”