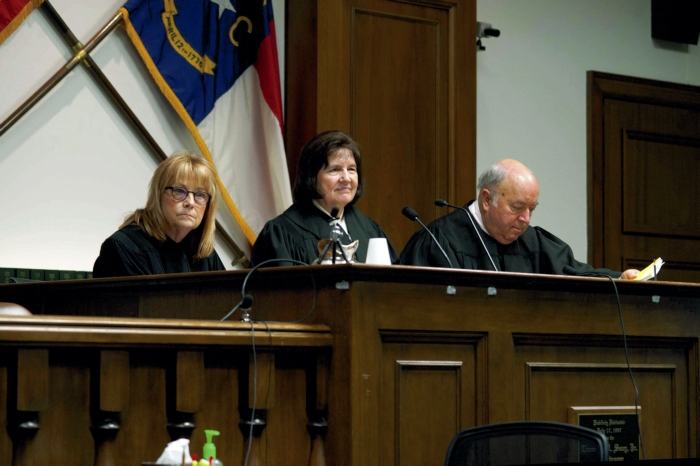 I never thought that a state legislature would purposefully attempt to obstruct the fundamental principles of American democracy, but this is exactly what the N.C. General Assembly has done with HB 100.

Part of a series of bills that makes North Carolina’s judiciary more partisan, HB 100 is clearly not in our state’s interest. Legislators have put partisan politics before the citizens of the state. It is sickening that this momentum has extended to what should be our most unbiased and nonpartisan branch.

I will highlight two of the larger points in hopes to inspire activism from everyone who reads this letter.

Firstly, it is no secret that many people vote solely by party affiliation. This is no means of electing officials, but it is certainly no way to elect judges. Judges interpret the laws and should be chosen on pure legal merit, not political influence.

The second, and nearly as troubling, issue with this horrendous piece of legislation is the extra, intentional hurdle for unaffiliated judiciary candidates to run for office in this state. Democrat or Republican candidates only need to pay the filing fee and start campaigning; however, to run unaffiliated in our state in any court, one would need to get at least 2 percent of an electorate to sign a petition in order to get on the ballot. A Pew Research Center poll found that 17 percent of North Carolinians, about 1.7 million, are registered unaffiliated.

It is well past due that our legislators stopped putting political affiliation before the values of our democracy. In this latest attempt to dismantle protections against political corruption, I am reminded of Former Supreme Court Justice O’Connor’s warning to keep judges from becoming “politicians in robes.”

Our democracy depends on active citizenship. It is time that we take our state back.