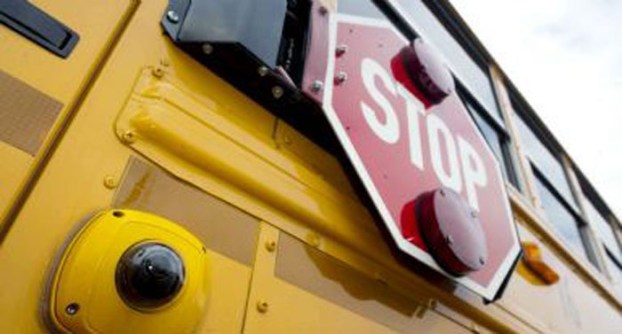 No delay for school Wednesday in Rowan County, but expect slower school buses because of extreme cold

SALISBURY — Rowan-Salisbury Schools will resume a normal schedule Wednesday through the end of the week, school system officials said Tuesday.

Bitterly cold temperatures Tuesday morning resulted in a two-hour delay as system employees sought to turn over cold bus engines and spare students from waiting outside.

“It was single digits (Tuesday) morning,” RSS Transportation Director Tim Beck said. “In a year’s time, we probably only get a handful of days that are in the single digits. We’re just not prepared for it.”

School buses, Beck explained, are tweaked to fit their environments. Buses used in Northern states are equipped with extra heaters or parked indoors; farther south, buses often have white-painted roofs to deflect heat. Rowan-Salisbury’s buses, Beck said, have no such advantages — especially not when it comes to extreme cold.

“Our buses are parked at 35 different school sites, and they’re all outside,” he said.

That, coupled with the fact that the district was coming off a two-week holiday break, made Beck and other district officials hesitant to run its fleet of buses in the early dark of a frigid winter morning.

The transportation staff always checks on buses a day or two before the end of a break to ensure that they’re working properly and no vandalism has occurred. This time, Beck said, the check came Sunday morning. Buses started with no problems, but a short time idling didn’t prepare them for the sudden cold snap that hit the area Sunday afternoon and evening.

Extreme cold causes oil and other fluids to thicken and makes it difficult for air-pressure powered breaks, stop arms and doors to function, he said.

“So it puts a really big strain on the batteries which are already cold and have been sitting out for two weeks,” Beck said. “It just causes havoc.”

Such unusually low temperatures are also hard on students, who may wait 15 to 20 minutes for their bus to arrive.

While a message sent to parents by the school system Monday night encouraged them to keep kids indoors as long as possible, many students in rural areas have to trek to the end of unpaved driveways or roads and do not have the luxury of waiting inside.

Temperatures for the rest of the week are expected to be in the teens or 20s, so buses are expected to run on their regular schedules. But parents should be prepared for buses to loiter a little longer at stops to ensure students can stay inside as long as possible. Beck asked parents and Rowan County residents to be patient with delays and traffic.

Rita Foil, RSS public information officer, said parents have been advised to keep children indoors or inside warm cars until their bus arrives and to dress students warmly, including with hats, scarves and gloves.

“We just want to make sure the kids are safe and warm,” Beck said.

Extra transportation staff will be on call all day Wednesday in case buses run into problems.

Kannapolis City Schools, which also had a two-hour delay Tuesday, also will return to a regular schedule the rest of the week.

Staff report SALISBURY — Rowan County’s first baby of the new year was born at 6:45 a.m. Monday, according to... read more