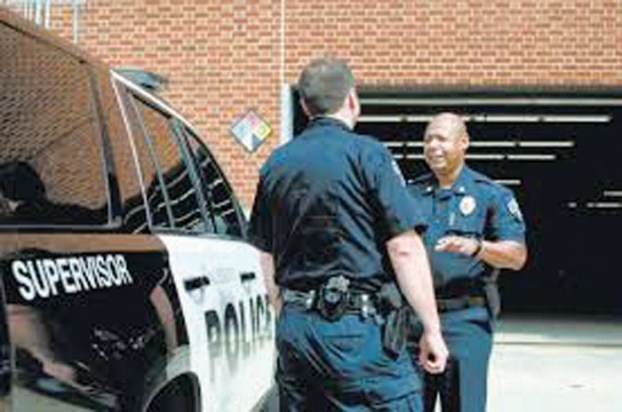 SALISBURY — It was over seven months ago that Shon Barnes was hired by the city of Salisbury as deputy chief of the Police Department.

Barnes was hired to direct the department’s community-oriented policing initiative and neighborhood problem-solving.

Since then, Barnes has implemented initiatives including foot patrols and worked on developing the Stratified Policing Model and other crime-reduction strategies.

Barnes said professionally, one of the biggest challenges is continuing the tradition of excellence at the Salisbury Police Department.

Favorite book: “Why Should White Guys Have All the Fun” by Reginald Lewis, the autobiography of the richest African-American man in the 1980s.

Who would play you in a movie: Vin Diesel.

What would you want for your last meal: Mom’s baked chicken.

Biggest challenge for you ahead personally: “Defending my discretion.”

Biggest hope for 2018: To see a significant improvement in community/police relations.

Who will you be watching in 2018: “Our elected national leaders to see evidence that they were elected to represent everyone and are representing all citizens whether they voted for them or not and have the interest of all Americans and not a particular group.”

Reaction to being named as one to watch: “Definitely humbled and honored. Surprised. Most importantly, it makes me proud to be considered.”

10 to Watch: Larissa Harper looks to build on downtown’s vibrancy

SALISBURY — Larissa Harper has been in her new job as development director for Downtown Salisbury Inc. less than three months,... read more