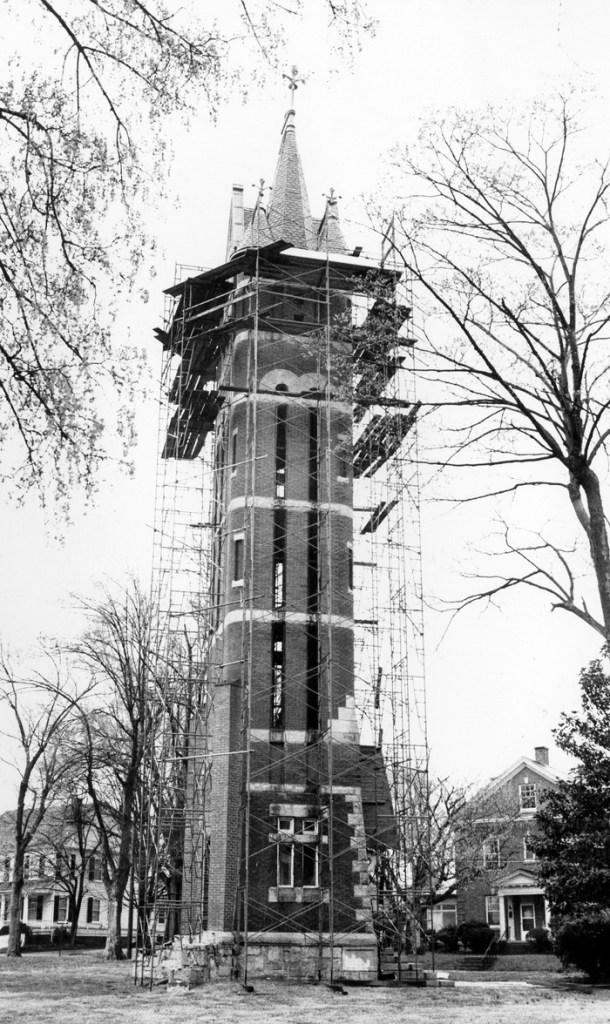 Brave Salisburians gathered in the cold Sunday night to welcome in 2018 at one of Salisbury’s iconic landmarks, the Bell Tower at West Innes and South Jackson streets. This photograph of the Bell Tower, which used to be part of the 1892 First Presbyterian Church on this site, was taken in March 1993 during $70,000 worth of mostly exterior repair work to the roof, brick and mortar. You’ll notice that the gazebo, small park and landscaping present at the Bell Tower today were not yet in place. The gazebo was installed, in fact, later that same year. The Bell Tower underwent a major interior structural restoration a year ago, which allowed for its 1858 bell to be rung safely for the first time in many years, ushering in 2017.