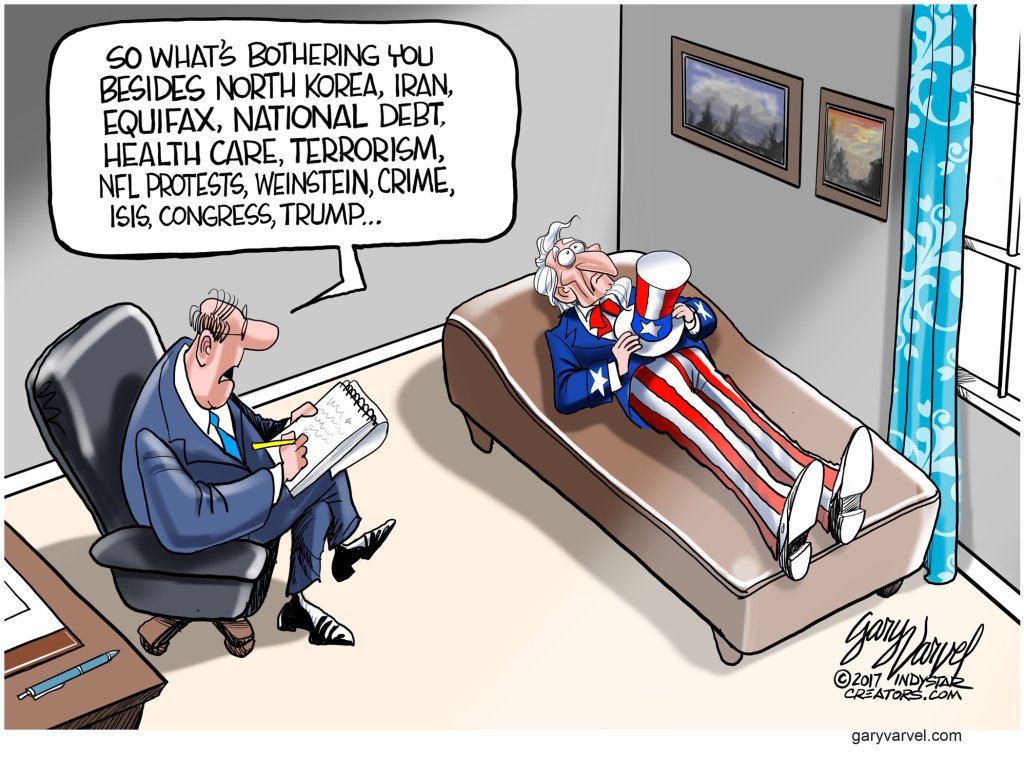 Seers, pundits, gurus and weather forecasters can agree on one big thing: 2018 is going to be a very eventful year, perhaps the most eventful since, oh, 2017. Or maybe since 1918, one century ago, when the Western Front finally went quiet, the guns that could fire a shell as heavy as a small car and obliterate human beings 70 miles away stopped firing, and a new world order began. The First World War, which ended in November of that year, caused the disappearance of empires that had run much of the world — Austrian, Russian, German, Ottoman — and was the beginning of a long demise for others, the British and French most of all.

In the United States, we recoiled from our involvement in the war, though our small, late intervention had probably been the decisive factor, and retreated into not just isolationism but also a nasty sort of xenophobia and racial and ethnic prejudice. That led to sharp reductions in immigration and to previously unthinkable restrictions on U.S. citizens by vigilante organizations and our federal government (primarily the Justice Department, led by a particularly ruthless attorney general).

Meanwhile, the country that had seemed to emerge from the Great War as the rising power in the world and had seen itself since the times of George Washington and Abraham Lincoln as a democratic example abandoned major efforts at international involvement and cooperation. As commerce withered in the Great Depression, the country turned to trade protectionism, probably worsening things. In Europe, many countries came under the sway of ethnic nationalism and totalitarian ideologies, which led to horrendous massacres, exclusions and mass forced migrations, all overseen by authoritarian governments that many U.S. citizens saw as the wave of the future.

A second world war finally convinced this country’s chiefs of our vital role as leader of free nations, a position the United States maintained with confidence and resolve for over a half-century. Today we seem not so sure. Nationalism is in vogue with some intellectuals (pseudo and otherwise), fear of the foreign is being cultivated by people in high places, and the United States is abandoning its leading positions in many areas, which newly confident authoritarian regimes are happy to occupy.

November 1918 was a crucial turning point for the world. November 2018, when Americans elect a new Congress and begin to determine whether this discouraging change in direction will be allowed to continue, could well be another.