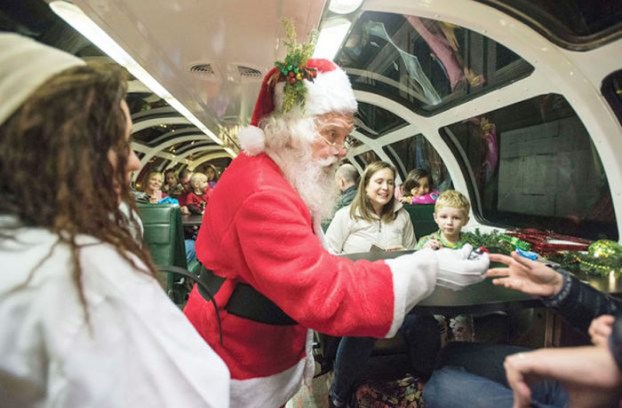 The Polar Express at the N.C. Transportation Museum was presented for the fourth time this Christmas.

SPENCER — The Polar Express closed out its biggest year yet at the N.C. Transportation Museum.

The holiday show, now in its fourth year, had a sales goal of 50,000 tickets — a goal it surpassed by more than 2,000, said Mark Brown, director of marketing at the museum.

“We couldn’t guarantee it until we saw it with our own eyes, and we did,” Brown said.

According to Brown, the number of visitors for the show, which ran for five weekends, is roughly equivalent to two nights of a sold-out house at Spectrum arena.

The Polar Express, which re-creates the magic of the beloved children’s book and movie, began at the Transportation Museum in 2013. Each year, the museum has increased the scale of the performance, adding train cars, show times, weekends and, this year, a second train. So far, each year has been sold out, with ticket sales often doubling over the previous year.

The Polar Express wrapped up Dec. 22 and represented a “massive effort” on the part of the museum staff, volunteers and Lee Street theatre, which helps recruit performers for the trains. According to Brown, it took roughly 100 people to run each night’s show.

“Having that many people wanting to make this a great experience for other people and dedicating that much time to it was really, really incredible,” he said.

No sales goals have been set for 2018, Brown said, but the museum is thinking about adding more school-day shows — something offered for the first time this year.

“We think that’s where we’re going to see any potential increases next year,” he said.

In the meantime, profits from the Polar Express will fund programs and museum restoration projects through the year.

“The success of the Polar Express benefits the museum all year long,” Brown said.

Next on the museum’s calendar is a traveling exhibit from the N.C. Department of Natural and Cultural Resources to commemorate the 300th anniversary of infamous pirate Blackbeard’s prowling of the Atlantic. The exhibit runs Jan. 17 to Feb. 27.