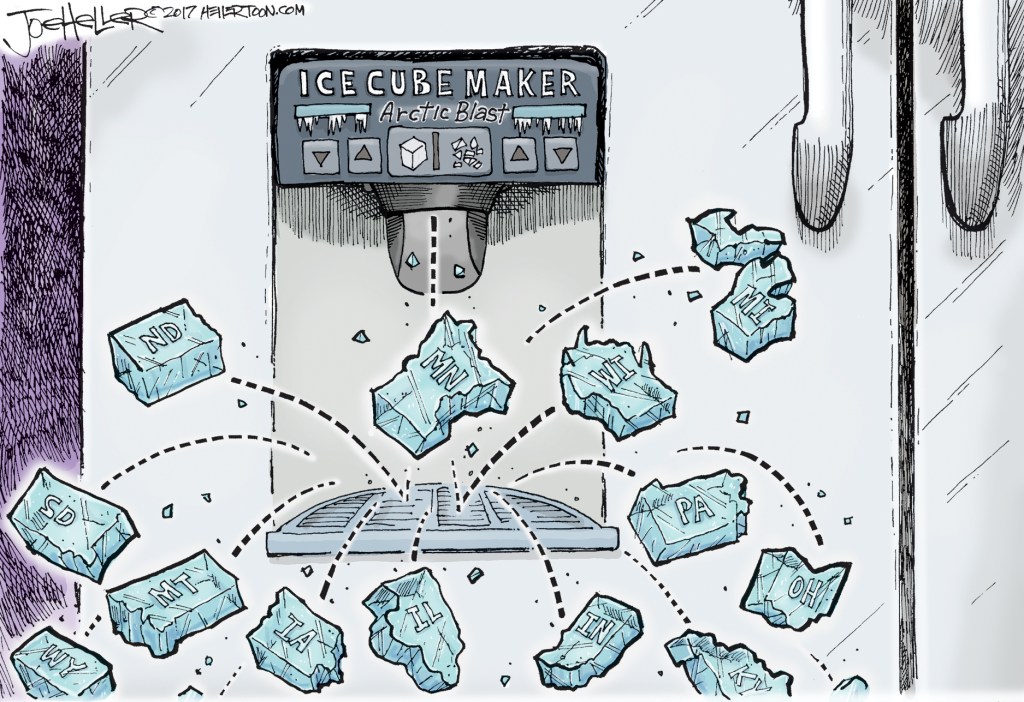 The concept that I find almost laughably ironic is that those forces that want to use the power of government to limit freedom of speech do not understand that those same restrictions could be used to limit their speech.

Whose speech do you think the current powers that be would restrict?

Sounds like someone who likes to sue to me.

Did I miss anywhere in the article that Ms. Bost has a history of filing nuisance lawsuits or any lawsuits at all? I went back to re-read the article, just to be sure, but rather than any evidence of that, I read that prior to her lawsuit, she properly filed complaints with her employer (that were not addressed to her satisfaction) before taking her case to the federal Equal Employment Opportunity Commission in 2014.

Furthermore, it is stated that “The commission issued a finding in late 2017 that there was evidence Bost faced a hostile work environment.” Either Mr. Cantrell needs to brush up on his reading comprehension skills, or perhaps he has other reasons for his easy dismissal of a transgender person’s rights.

… Can towns get a piece of state’s lopsided growth?

Have you ever been down Odell School Road in Cabarrus County? It is blowing up with major business construction and looks like jobs to be soon on the horizon. Building schools while we are closing and consolidating.

Ever drive down Statesville Boulevard in Rowan County? Barren, wide-open spaces just begging to be filled with business. New school is being built.

In addition, we just lost one of the biggest (employers) on Statesville Boulevard, the old Fiber Industries. Went from approximately 3,000 employees to 300; then it closed.

Concord, Kannapolis and Mooresville have at least one of the following: Quik Trip, Sam’s Club, BJs Warehouse and Target. We have none of them. …

We need to grow.  Growth means change, and change is scary; however, it has to happen if we are to survive.

When will it be Rowan’s turn?

It is unfortunate that when newspapers report school report card grades, they often don’t include the information cited in this editorial.

It’s frustrating as an educator to know that our current legislature does not champion public schools and they are promoting a segregationist structure that they misleadingly call “school choice.”

… Every child is the focus for RSS Teacher  of the Year

I know firsthand what an awesome teacher Abby (Covington) is. My son had her last year and he excelled. While school isn’t easy for him or his favorite thing, he has developed a love of social studies and is more confident in his math skills. Also, as a co-worker, I see that Abby focuses on all kids and meets them where they are. Congratulations, Abby. You are so very deserving.

Abby is a wonderful teacher. She would do anything to help not just her students but also her coworkers and friends. Both of my children were blessed to have her as their teacher. So incredibly proud of her.

… A tax only millionaire could love

Consumers pay all taxes, tariffs and costs associated with regulatory and other compliance expenses. Consumers pay all the costs for materials, labor and shipping. If one has a lemonade stand, offering a quality refreshment for a dollar a cup, and the government imposes a tax of 50 cents a cup, does one (a) keep the price the same, or (2) charge a $1.50 a cup?

The rich will always get richer, regardless of the party in power. Forget about them, and let’s come up with ways to raise people out of poverty. Resenting the rich does not help the poor.

Now tell us about Kansas …. There’s your model for the GOP flim flam tax bamboozle of 2017. A complete disaster.

… Ed Rogers: Economy is revving, but will Trump get credit?

Did the events that occurred before and during the Obama administration go down the memory hole already?

According to my recollection, the robust economy you mentioned was jump- started from the failed economic policies of the George W. Bush administration. This was when our monthly national job losses were in the tens of thousands, the automobile industry was almost lost, major financial institutions were on the verge of collapse, and people lost their homes.

Today, we are fortunate to have a sound economy, in spite of our current president, for which he deserves little if any credit at this time, in my humble opinion. The test of his effectiveness will occur when his policies are implemented after Obama’s programs expire.

Stacey (Barnhardt) is one of the most loving and kind individuals I have found in my lifetime. She not only talks the talk of her faith, but walks the walk, by setting a high standard precipitated by a loving and kind character. We will miss and cherish the impact she has made at Carson.

She was always so pleasant.

Christmas, the time of miracles. Believe and ye shall receive. If ye shall ask anything in my name, I will do it. Amen. Prayers do get answered according to our needs. So happy for her.

God bless the Bronsons and the staff at the Pregnancy Support Center.

As a Rowan County resident, I am grateful that relief is on the way for the residents of Dukeville who fear drinking from their wells.

I am also grateful that our county commissioners have the foresight to size the new water lines so that this project can be a catalyst for job growth in northern Rowan County.

… Handgun missing after student brought it to school

Neither of them should have felonies, considering no one was harmed. Everyone is at fault for this — the parents, the school, the justice system, all of them, because these kids, regardless of who they are, should not have felonies on their records for a weapon that was not aimed at anyone, nor placed in a dangerous situation of any kind.

I’m so happy for Dr. Wilson, the CCC staff and patients. She’s a truly caring physician. I’m thankful to have been provided great care by Dr. Wilson.

Congratulations to a great doctor! So thankful to have experienced care under Dr. Wilson. Caring, loving and understanding. God bless and best wishes in your new adventure.

Congratulations on your retirement and rest assured, Pam Abernathy will do an amazing job.