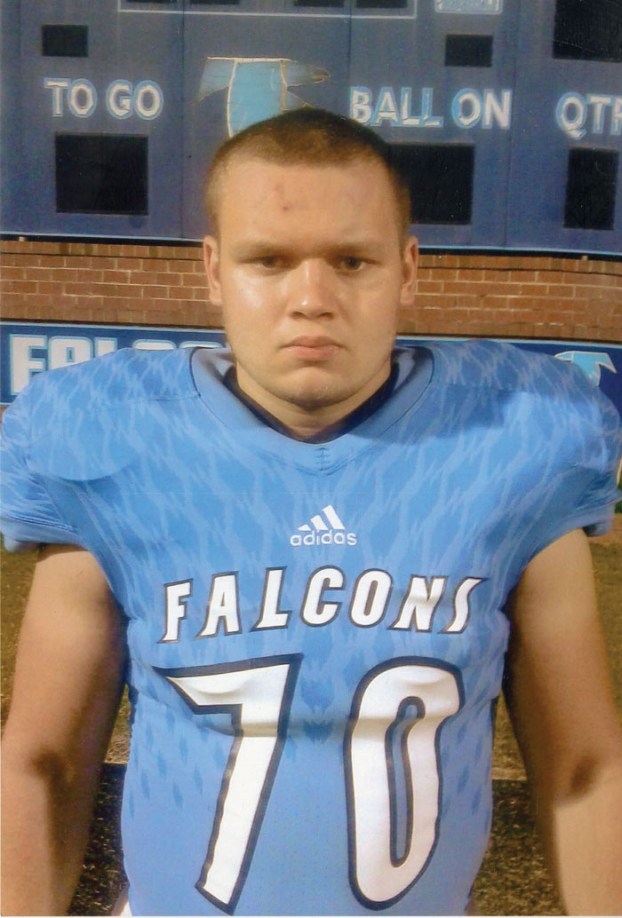 Zachary Owen was a defensive lineman on the West Rowan High football team this past season.

SALISBURY — Zachary Owen, a defensive lineman for West Rowan High School this past football season, is participating once again in the Offense-Defense All-American Bowl week of festivities, which this year are taking place in New Orleans.

The bowl week games and activities have always been important to Owen, who has Asperger’s syndrome, a high-functioning type of autism. He has participated in the annual bowl week, sponsored by Offense-Defense Sports, since he was in middle school.

This will be his last year to participate. He is the son of Robert and Barbara Owen.

Offense-Defense Sports has been running full-contact football instructional camps for the past 48 years and currently operates in about 80 camp locations all year long.

About 20 percent of kids who attend the camps are invited to year-end bowl games.

In practices this week and his Offense-Defense All-American Bowl game on Friday, Zachary will be playing defensive end. Past bowl week festivities have taken him to professional and college stadiums in Texas, Georgia and Florida.

This week, he will be playing at Joe Brown Park/Victory Stadium in New Orleans.

The week also includes an All-Star football game showcasing 88 of the top high school seniors in the country. In the past, it has featured current NFL pros such as Cam Newton and Dez Bryant and Heisman Trophy winners such as Lamar Jackson.

Zachary’s parents learned many years ago that physical activity, especially contact, was important to Zachary as he became older. He has played football since the third grade and also did things such as tae kwon do, wrestling and lifting weights — any physical activities that were good outlets for the frustration he felt in dealing with his Asperger’s.

In this Salisbury Evening Post photo, taken Jan. 31, 1945, five leading Kiwanians were among those attending a rally at... read more