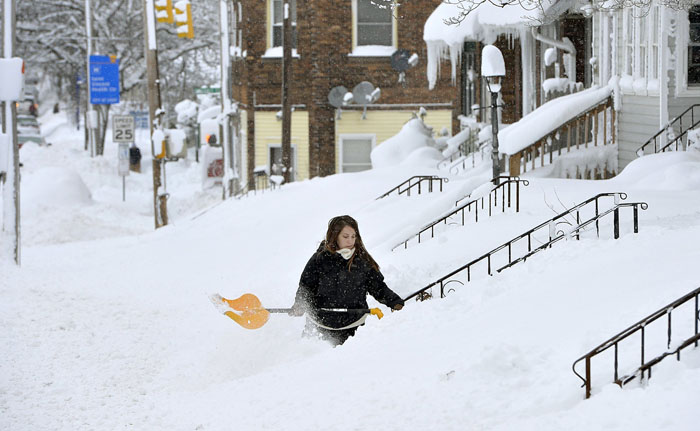 RALEIGH — A winter weather advisory has been issued for parts of the Carolinas that could face freezing rain.

The National Weather Service issued the warning for about 10 counties in eastern North Carolina and South Carolina’s Dillon and Marlboro counties through this morning.

The cluster of counties runs along Interstate 95 and to the south and east. Forecasters say Fayetteville, Smithfield, Wilson and Goldsboro could see accumulations of several hundredths of an inch.

The National Weather Service says that could create limited hazards on roads and bridges.

Road crews were treating bridges and overpasses with brine in the Raleigh area as a precaution in case parts of the Carolinas have winter precipitation this week.

The North Carolina Department of Transportation was sending 12 trucks out to pre-treat elevated roadways in Wake County on Tuesday and could expand its efforts today if snow stays in the forecast.

To the west, forecasters say frigid air could make conditions right for a wintry mix Thursday in a swath across western North Carolina and the South Carolina Upstate region.

Meanwhile, a white Christmas for much of the Northeast and Midwest gave way to bitter cold until the New Year.

Temperatures hovered around zero degrees in Chicago on Tuesday.

Meteorologists warn of subzero frigid arctic air and dangerously cold wind chills. Wind chill advisories or warnings are in effect for all of North Dakota and Wisconsin, as well as swaths of South Dakota, Minnesota, Iowa, Michigan and Indiana.

Wind chill advisories are also in effect for parts of Maine, Vermont, New Hampshire and New York, forecasters said. Meteorologists say frostbite is possible with as little as 30 minutes of exposure.