My Turn, Anne Corriher: A volunteer who found his place 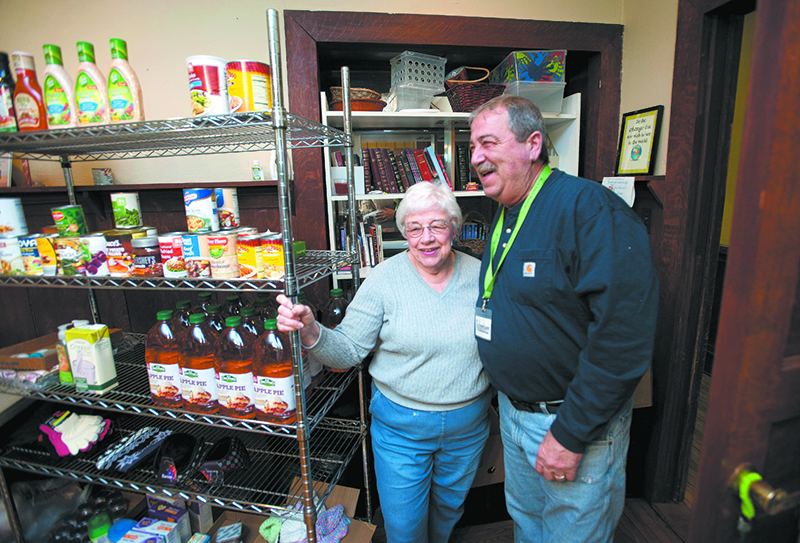 I wish I could remember when I met Frank Mano. It’s been at least eight years. I’ve been executive director of Main Street Mission in China Grove for 11 years.

He came in one day and wanted to volunteer. It was at Christmastime. We had so many canned food donations from the schools that they were stacked shoulder-high. We had a maze to walk through.

Back then, we only had one full-time staff member — which was me. We had volunteers who came on the days we were open, Monday, Tuesday, Thursday and Friday, but I didn’t have anyone to help me make decisions. The mission was growing and I was answering all the questions.

One morning, people were calling my name and I was spread a little thin. He walked in, saw the chaos, and said, “Would you need me to come volunteer?”

I said, sure, and that I would call him. Frank was recovering from a major stroke and had gone on disability. He needed something to occupy his mind. He had worked full-time and did not want to stay at home.

The first day he came, he went home and told his wife, Jackie, “That girl needs some help.”

Jackie encouraged him to come back, and the next time, he came and he stayed every day after that. He was my right arm. We had wonderful volunteers, but nobody who could make decisions. He was there when I didn’t have a lot of volunteers or many layers of leadership. He was with me every day. He saw our need, but he had a need and a void to fill in his life. Volunteerism became his job and his purpose.

Frank was a natural leader. He organized the volunteers and the food pantry. His wife was so grateful for Main Street Mission because she said it gave his life meaning again. We received a lot from him, but it helped him heal from his stroke. The math skills he lost after the stroke eventually came back to him, and he’d add up food weight totals in his head.

I was so proud of the elementary Spanish I’d learned. Frank never said anything about it, but one day I heard him talking to someone, and I realized he was speaking conversational Spanish, just rattling it off. I said, “How did you know Spanish?” He said he’d learned it from former co-workers.

Frank also had so much discernment and wisdom in decision making. We made a good team. We really did.

Our volunteer appreciation lunch was Thursday, and Frank was supposed to be there. But he had a massive heart attack on Wednesday and passed to heaven. We decided to make our gathering a celebration of his life. Our sweet friend, Paul Fisher, came with food and tidings of great joy, and monetary gifts from F&M. Janet Haynes and Rob Miller, who secured our loan, were with him. This was the second year they’ve provided food for us. Paul got on board with us last year after visiting the mission one morning and seeing everything that was going on. He was amazed.

There were tears and laughter as we remembered Frank. He would have been very happy. His fingerprints are all over that place, and they always will be. Frank lost a leg last year. He didn’t want to come to work in a wheelchair, but he did. He found his place again. He was such an inspiration to all of us.

Frank found a place at Main Street Mission. That’s what the mission gave to Frank and all of our volunteers and the neighbors we serve: It gave him community.